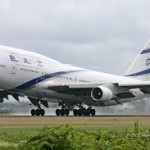 The U.S. State Department on Wednesday reissued a travel warning for Israel, the West Bank, and the Gaza Strip. According to the warning, which replaced a travel warning that was issued Feb. 18, “Visitors to and residents of Israel and the West Bank should familiarize themselves with the location of the nearest bomb shelter or other hardened site.”

The warning informs U.S. citizens that “the security environment remains complex in Israel, the West Bank, and Gaza. U.S. citizens need to be aware of the continuing risks of travel to areas described.”

Addressing the current heightened tensions, the State Department warning states that “since October 2015, there have been frequent clashes between protesters and Israeli authorities, checkpoints and barriers have been set up by Israeli security forces that restrict movement of residents, and acts of terrorism have taken place, resulting in death and injury, including to U.S. citizens.”

While the clashes are not anti-American “in nature,” the warning continues, politically motivated violence in metropolitan areas has killed or injured at least 12 U.S. citizens in 2014 and 2015.

U.S. citizens are specifically urged to take into account the “danger of death, injury, or kidnapping” should they choose to visit Judea and Samaria (the West Bank). Citizens are “strongly” urged to avoid all travel to Gaza, which the warning points out is controlled by the Hamas terror group/

Despite ongoing security concerns, “hundreds of thousands of U.S. citizens safely visit Israel and the West Bank each year for study, tourism, and business,” the State Department says.