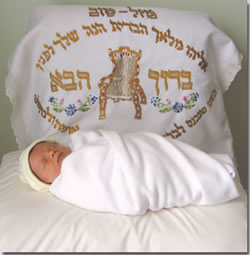 The U.S. House of Representatives unanimously passed a bill expanding the protection offered by the International Religious Freedom Act of 1998 to include male circumcision and ritual animal slaughter.

“The world is experiencing an unprecedented crisis of international religious freedom, a crisis that continues to create millions of victims; a crisis that undermines liberty, prosperity and peace; a crisis that poses a direct challenge to the U.S. interests in the Middle East, Russia, China, sub-Saharan Africa, and elsewhere,” U.S. Rep. Chris Smith (R-N.J.), author of the bill, said in a statement.

Smith’s statement was titled “Combating Persecution of Christians and Anti-Semitism,” conveying that the purpose of his bill is to protect Christians and Jews. The bill will also protect Muslims who perform circumcision and ritual slaughter in the Middle East, Afghanistan, Pakistan, and Myanmar.

The fundamental Jewish rites of bris milah and shechita have been increasingly challenged by political leaders and activists in Europe.