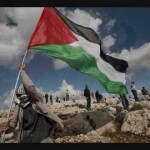 The Obama administration is cutting aid to the Palestinians by $80 million in an apparent message to PA President Mahmoud Abbas. The State Department notified lawmakers on Sept. 25 of its intention to reduce economic aid for the West Bank and Gaza from $370 million to $290 million in the fiscal year that ended Sept. 30.

The 22% cut from the department’s initial request follows mounting criticism from Congress about Palestinian “incitement” in the rash of stabbing attacks that have left at least 10 Israeli civilians dead over the past three weeks. “We need to dial up pressure on Palestinian officials to repudiate this violence,” said Rep. Eliot Engel (D-NY), the top Democrat on the House Foreign Affairs Committee.

The aid cut is a “good first step,” said House foreign aid panel chairwoman Kay Granger (R-Texas). She wrote a letter to Abbas along with ranking member Nita Lowey (D-NY) on Tuesday warning him that U.S. aid would be “severely jeopardized” if Abbas refuses direct negotiations with Israel.

Granger has a hold on the aid request, along with House Foreign Affairs Chairman Ed Royce (R-Calif.). “Given that about one-third of the Palestinian Authority’s budget is financed through foreign aid, international donors have leverage,” Royce said on Thursday. “They could follow the lead of the U.S. Congress – and make direct funding of the PA off limits until the incitement stops.”

David Makovsky, director of the Middle East Peace Process at the Washington Institute for Near East Policy, recommended closing the PLO office in Washington, sanctioning PA officials and others with visa bans, earmarking U.S. aid for specific programs untainted by corruption, and pressing Europeans and other Palestinian donors to denounce anti-Israel incitement.