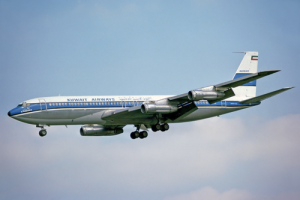 The U.S. Department of Transportation (DOT) has rejected arguments by Kuwait Airways that attempted to rationalize the Arab airline’s denial of tickets to Israeli passengers. Further, DOT said the American government now has “no choice but to pursue further administrative and/or judicial action” if the airline continues its discriminatory policy.

“You assert that the Department’s [Sept. 30] decision [that Kuwait Airways discriminates against Israelis] is inconsistent with legal precedent, and that KAC (Kuwait Airways Company) cannot comply with the mandate to sell tickets to and transport Israeli citizens between the U.S. and any third country where they are allowed to disembark….Your October 13 letter adds no new information or arguments that persuade us to change our determination. Accordingly, we see no reason to reconsider this matter,” DOT wrote.

DOT had originally written to Kuwait Airways on Sept. 30, “KAC contends that its denial of transportation to Mr. Gatt from JFK to LHR is reasonable because Kuwaiti law prohibits the carrier from selling a ticket to an Israeli passport holder….This is not a proper justification for the denial of transportation as the penalties that allegedly have compelled KAC’s conduct are part of a discriminatory statutory scheme. We know of no authority that would allow an airline to discriminate based simply on penalties that might be imposed under the foreign law that is said to have mandated the discriminatory conduct.”

The latest DOT letter asserted, “In light of KAC’s refusal to comply with U.S. law, we are directing that KAC cease and desist from refusing to transport Israeli citizens between the U.S. and any third country where they are allowed to disembark based on the laws of that country. In the event that KAC fails to comply with this obligation…the Department will have no choice but to pursue further administrative and/or judicial action.”