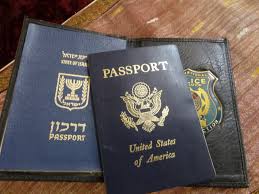 A U.S. Visa Service Web site, used by foreign citizens to facilitate travel to the United States, apparently does not recognize Israel, reports the Committee for Accuracy in Middle East Reporting in America‎.

Elder of Ziyon, an American blogger who writes about the Arab-Israeli conflict and antisemitism, noted in a blog post that the web site is not part of a government Internet domain. He reports that the service has been outsourced from the U.S. government to a private company, possibly Computer Sciences Corporation, which is listed at the bottom of the page. However, he noted:

“It really is the official U.S. visa site, though, and a number of U.S. embassy and consulate webpages point there.” The U.S. Embassy in Chile even states that it is “the only authorized website for the payment of visa fees [emphasis added].”

Yet, the page on the web site that offers prospective travelers the ability to choose which country they are from, omits the nation of Israel. The names of other countries appear next to their respective flags and languages spoken.

Not only does the country listing for Israel not appear, but the Israeli flag is similarly missing. By contrast, nations much younger than the Jewish State (re-established in 1948), such as the United Arab Emirates (established 1971) are listed by name next to their flag.

Instead of showing Israel, the Israeli cities of Jerusalem and Tel Aviv are listed.

No other countries on the site feature city names, including the only other nation not to have its flag shown: Cyprus.