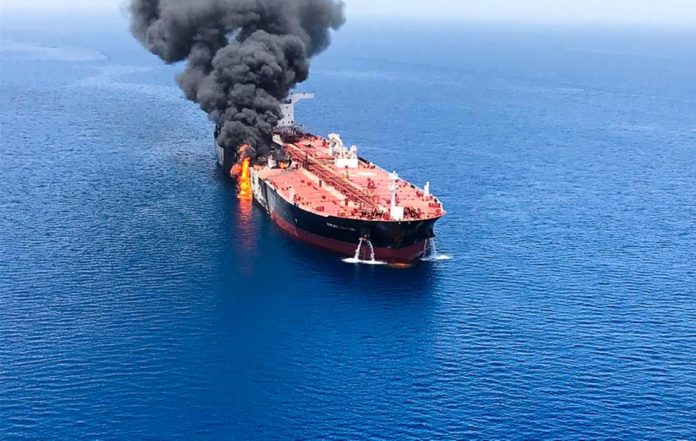 The foreign minister of the United Arab Emirates said on Wednesday that “clear, scientific and convincing” evidence was required on recent attacks on oil tankers in the Gulf region.

Foreign Minister Sheikh Abdullah bin Zayed Al Nahyan, who was speaking in Moscow at a press conference with his Russian counterpart that was broadcast on Al Arabiya TV, also called for de-escalation of tensions in the region.

The UAE has submitted the results of an investigation into explosive blasts last month on four vessels off its coast, including two Saudi oil tankers, to the United Nations which showed that a state actor was behind the operation but without naming any country.

The United States and Saudi Arabia have blamed Iran, a charge Tehran denies.