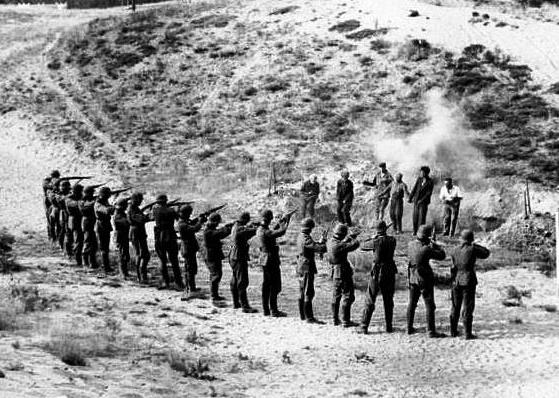 Col. Boris Steckler was a senior officer in the Soviet Army and after the war was appointed as an officer in the KGB and was responsible for capturing Nazis and collaborators in western Ukraine.

During a battle in the Rivne Oblast in western Ukraine, Steckler was involved in a confrontation with nationalists who cooperated with the Nazis. During the confrontation, a man by the name of Neil Hasiewicz, who was a propagandist and district judge during the war, was shot and killed.

Local nationalist groups recently filed a complaint against Steckler, accusing him of responsibility for the assassination of Hasiewicz—a fact that Steckler does not deny.

Steckler was recognized as a local war hero and is regularly invited to the parades commemorating the victory over the Nazis. He was wounded during the war and received countless medals for courage. Read more at YNet.