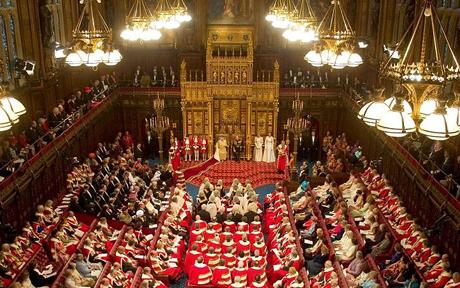 The United Kingdom’s Liberal Democrats has suspended a House of Lords member after she held an event that compared Israel to the Islamic State and blamed the Jews for the Holocaust.

Baroness Jenny Tonge, an independent peer in the Lords, chaired a meeting organized by the Palestinian Return Centre. It was part of a larger campaign calling on the British government to apologize for the 1917 Balfour Declaration, which pledged British support for a Jewish homeland in Palestine.

Tonge had previously stepped down as leader of the party’s parliamentary group in 2012 after previous anti-Semitic comments.

“It is high time that Baroness Tonge has been suspended from the Liberal Democrats, and I welcome this step by the party, it is long overdue,” Simon Johnson, chief executive of the Jewish Leadership Council, said in a statement.

The Liberal Democrat Friends of Israel also praised the decision, saying: “Finally, Baroness Tonge has reaped what she has sown. She is an anti-Israel zealot, who can now espouse her offensive views outside our party.”

The Israeli Embassy in the U.K. said in a statement “anti-Semitism should never be tolerated.” JNS.ORG