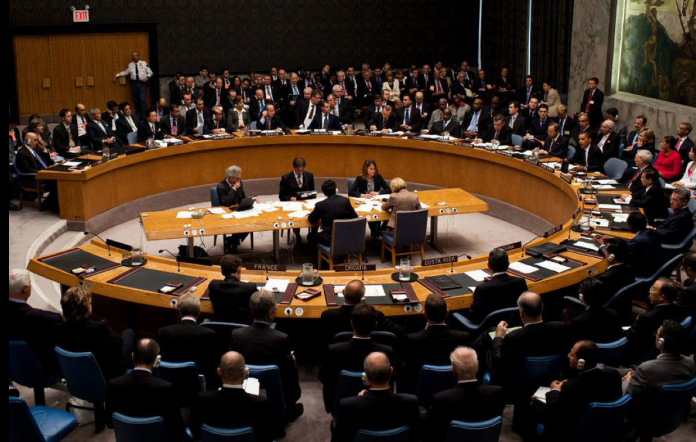 The United Nations Security Council on Wednesday adopted a resolution calling for the release of all individuals who are reported missing as a result of armed conflict.

Unanimously adopting Resolution 2474, the U.N.’s top body called upon parties in armed conflict to take all appropriate measures to actively search for individuals reported missing, to enable the return of their remains and to account for persons reported missing “without adverse distinction.”

Briefing the Security Council after the resolution’s adoption, Peter Maurer, president of the International Committee of the Red Cross, said that last year alone more than 45,000 people were registered as missing by the ICRC’s Central Tracing Agency, and that this figure was the tip of the iceberg.

“Every time someone goes missing, families wait for answers. Ricocheting between hope and despair, they mark anniversaries, one year, two years, 10 years,” he said.

Israel’s delegation to the U.N. welcomed the resolution.

The Gaza-based Hamas terrorist organization is holding the remains of two Israeli ‎soldiers, Staff Sgt. Oron Shaul and Lt. Hadar ‎Goldin, killed in the Gaza Strip in 2014. Ethiopian ‎Israeli Avera Mengistu and Bedouin Israeli Hisham ‎al-Sayed, both suffering from mental health issues, ‎crossed into Gaza willingly in 2014 and 2015 and ‎were captured by Hamas.‎

Danny Danon, Israel’s ambassador to the U.N., said, “The fight in the U.N. to bring our boys home is never over. We will also use this resolution as leverage to pressure the international community to continue working for the release of Hadar Goldin, Oron Shaul and all of our others being held captive and missing.”