U.N. chief Ban Ki-moon said today a “deal has been reached” that could be the framework for a binding global climate change treaty. “Finally we sealed the deal and it is a real deal. Bringing world leaders to the table paid off,” Ban said, according to CNN affiliate TV2 Denmark. “The Copenhagen Accord may not be everything that everyone hoped for but this decision of the conference of parties is a beginning, an essential beginning.”Moon said the non-binding deal called for all countries to limit global temperature rise to below two degrees Celsius.

He said the deal was a step toward creating a legally binding treaty.

“The deal is backed by money and the means to deliver it. Up to $30 billion has been pledged for adaptations and mitigation,” Ban said.

Critics of the U.N. Climate Change Conference have said that without specific commitments from the leaders to actually cut carbon emissions it would be difficult to reach any target.

“Don’t believe the hype, there is nothing fair, ambitious or legally binding about this deal,” Greenpeace said. “The job of world leaders is not done. Today they shamefully failed to save us all from the effects of catastrophic climate change.”

“For the first time in history, all major economies have come together to accept their responsibility to take action to confront the threat of climate change,” Obama told reporters.

The president said he met with leaders from India, China, Brazil and South Africa, and “that’s where we agreed … to set a mitigation target to limit warming to no more than 2 degrees Celsius.”

It’s a nonbinding goal, and the emissions targets “will not be by themselves sufficient to get to where we need to get by 2050,” Obama said. However, he added that it is a first step, and that for many countries “this is going to be the first time in which even voluntary they offered up mitigation targets.”

“I think that it was important to essentially get that shift in orientation moving,” Obama said.

The president said he believes it’s necessary that the countries get to a legally binding treaty, but said, “If we just waited for that, we would not make any progress.”

The deal calls on nations to submit their “concrete commitments” into an appendix attached to the agreement to specifically lay out each country’s intentions for climate change, Obama said. Those commitments will be subjected to an international “consultation and analysis” that will help foster accountability among the nations.

“It will not be legally binding, but what it will do is allow for each country to show to the world what they’re doing,” Obama said, “and there will be a sense on the part of each country that we’re in this together, and we’ll know who is meeting and who is not meeting, the mutual obligations that have been set forth.”

Another senior administration official had said the precise details of the agreement were still in some flux, so it was unclear whether the final version would include language that was in earlier drafts aimed at forcing nations to set legally binding targets for reducing emissions.

The president worked behind the scenes on getting a vote among key nations — including China and India — to approve the agreement before taking it to the wider group for a vote, according to the official. 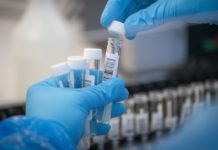 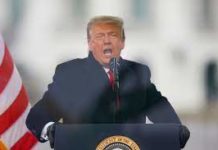 Trump, Cruz, and Abbott Set to Speak at NRA Meeting in Houston This Weekend After Uvalde School Shooting