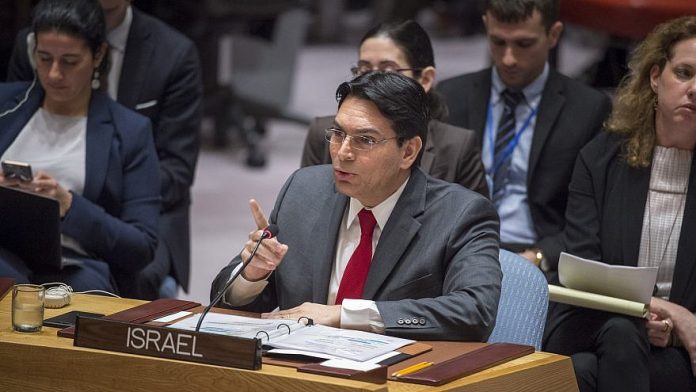 Israel’s UN envoy hailed on Thursday the denial by the global body’s Economic and Social Council (ECOSOC) of an application for special status filed by a Lebanon-based Palestinian organization.

The group, named “Witness,” purports to deal with the rights of Palestinian refugees in Lebanon. However, according to a statement released by Israel’s UN Mission, “Witness” is a part of Hamas, and “acts on its behalf against Israel as part of a network of institutions and organizations the terrorist organization operates outside the Gaza Strip.”

“Hamas has learned that it has no immunity in Gaza, and now not in the international community,” Israeli Ambassador to the UN Danny Danon said. “The UN should declare Hamas a terrorist organization and not recognize its affiliates in any international forum. We demand that the United Nations act uncompromisingly against terrorist organizations that are attempting to engage in political terror against the State of Israel.”