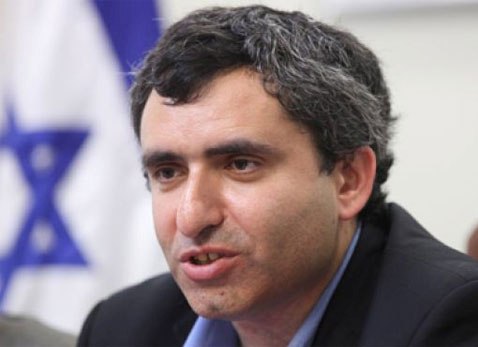 Yerushalayim Affairs and Heritage Minister Zeev Elkin of Likud has instructed his staff to look into the legal and constitutional justification for the United Nation’s persistent rent-free usage of the magnificent High Commissioner’s Palace built by the British in 1928, where the U.N. has passed hundreds of anti-Israel resolutions in the past decades. The Regavim organization, devoted to asserting law and order with regard to land issues, has prepared a thick dossier on the issue.

“I’m not at all certain that the status has been regulated,” Elkin said. “There are more than a few questions about it and given the fact that this organization operates so wildly, dishonestly, and unfairly against us, we need to examine the possibility of taking steps against it. Removing it from the High Commissioner’s Palace, in compliance with the law, of course, is definitely one possibility.”

MK Bezalel Smotrich of Bayit Yehudi opened the issue in the Knesset plenum, asking Finance Minister Moshe Kahlon of Kulanu: “Under what agreement does the U.N. headquarters hold the state land at the High Commissioner’s Palace? From when does the agreement date, and until when is it valid? Is there deviation from the land specified in the agreement? And is all the construction at the headquarters in accordance with building permits?”

Britain transferred the building to the United Nations in 1948. Israel initially considered kicking the U.N. out after winning the 1948 War but relented after an international flurry of arguments and telegrams. The palace’s location is on state land and no official agreement with the U.N. has ever been signed.