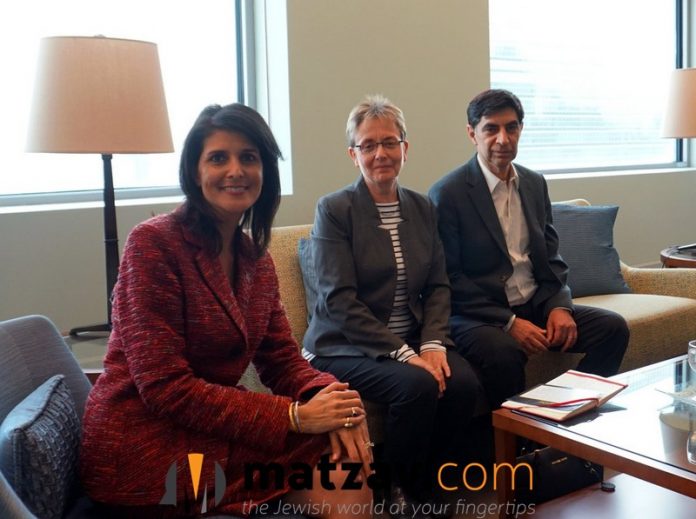 U.S. Ambassador to the United Nations Nikki Haley met with the family of Lt. Hadar Goldin, an Israeli soldier who was killed in action by Hamas then kidnapped during Operation Protective Edge in the Gaza Strip in 2014.

During their meeting, Goldin’s parents, Leah and Simha, requested that Haley assist their efforts to bring about the return of the bodies of their son as well as Sgt. Oron Shaul, who also died in Operation Protective Edge, for burial in Israel.

“We appreciate Ambassador Haley’s willingness to assist us in the return of our sons and we hope that these efforts bear fruit as soon as possible,” the Goldins said in a statement.

Israeli Ambassador to the U.N. Danny Danon thanked Haley for meeting with the Goldin family.

“Hadar was killed and kidnapped by despicable terrorists during a U.N. sponsored ceasefire and we won’t rest until this organization ensures his and Oron’s return for proper burial in Israel,” Danon said.

Since 2014, the Goldins have waged a public campaign to have their son’s body returned to Israel. Given that their son was killed and captured during a U.N.-brokered cease-fire, the family has appealed to the world body to help secure the return of his remains. JNS.ORG