“I am deeply concerned by the indiscriminate firing of rockets by Palestinian militants from Gaza towards communities in Southern Israel, at least one of which hit in the immediate vicinity of a kindergarten and could have killed or injured children,” UN Special Coordinator for the Middle East Peace Process Nickolay Mladenov said in a statement following the attacks.

“Such attacks are unacceptable and undermine the serious efforts by the international community to improve the situation in Gaza,” Mladenov added.The UN envoy called on both sides to “exercise restraint, avoid escalation, and prevent incidents that jeopardize the lives of Palestinians and Israelis.”

“As kids were preparing for school this morning a barrage of rockets from Gaza fell on southern Israel,” Giaufret tweeted shortly following the attacks.”One landed outside a kindergarten. I know the resilience of communities in southern Israel but indiscriminate attacks are totally unacceptable and to be condemned unreservedly,” European Union’s Ambassador in Israel Emanuele Giaufret said . 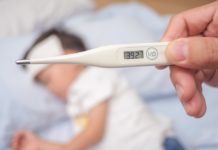