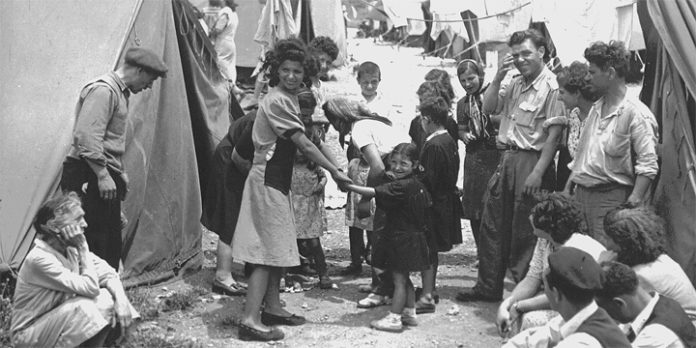 An event will be held next month at the United Nations headquarters in New York to raise awareness in the international community about the nearly-one million Jewish refugees who were expelled from Arab countries around the time of the establishment of the State of Israel seven decades ago.

Former Miss Iraq Sarah Idan will be a keynote speaker at the gathering, which is being organized by Israel’s UN Mission and the Jews Indigenous to the Middle East and North Africa (JIMENA) organization.

Idan now lives in exile in the US after controversy erupted in her home country in 2017 when she posted a selfie with Miss Israel Adar Gandelsman.

Other speakers will include Israel’s UN envoy, Danny Danon, and the Trump administration’s special envoy for monitoring and combating antisemitism, Elan Carr.

Danon said in a statement on Monday, “The story of nearly a million Jews who were brutally expelled from their homes has so far received no UN attention, and has even been deliberately downplayed to focus solely on the Palestinian narrative. The State of Israel must voice support for Jewish refugees and correct this historical injustice.”

JIMENA Executive Director Sarah Levin said, “As we enter the fifth year of Jewish Refugee Commemoration Day, there is a growing urgency to center and elevate the voices of Mizrahi and Sephardic Jews, whose collective experiences and perspectives provide an important lens to approach contemporary issues of antisemitism, minority rights in the Middle East and efforts to delegitimize Israel.”