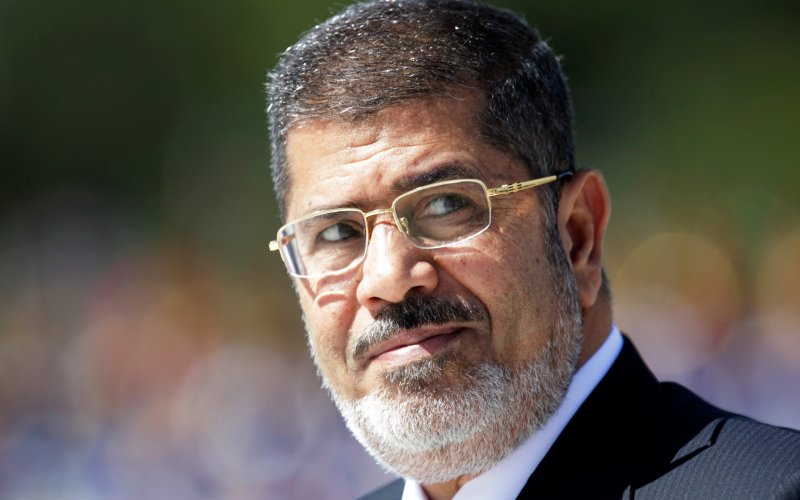 The United Nations on Tuesday joined the chorus calling for an independent investigation into the death of Mohamed Morsi, Egypt’s first democratically elected president, a day after he collapsed and died inside a Cairo courtroom.

“Concerns have been raised regarding the conditions of Mr. Morsi’s detention, including access to adequate medical care, as well as sufficient access to his lawyers and family, during his nearly six years in custody,” said Rupert Colville, a spokesman for the Office of the U.N. High Commissioner for Human Rights.

Morsi, who suffered from diabetes and liver disease, was held in solitary confinement for six years. He had complained during earlier court proceedings that he was denied the insulin dosage and special diet he required and as a result had experienced diabetic comas, according to Human Rights Watch. A prison nurse or doctor would occasionally monitor his blood pressure and sugar levels but no additional health care had been provided, and he was forced to buy his own insulin, the group reported. His family said he had lost most of the sight in one eye because of medical negligence.

By urging an impartial probe into whether the conditions of Morsi’s detention “had an impact on his death,” the United Nations could bring more pressure on Egypt’s government to launch a proper inquiry. The calls for such an investigation have, until now, been from Morsi’s supporters and human rights groups, which the government has dismissed as politically motivated.

The 67-year-old Morsi, who was elected president in 2012 and ousted a year later in a military coup, was interred Tuesday during a closed funeral in a public cemetery in Cairo’s eastern enclave of Nasr City. Egyptian authorities refused to allow his family to bury him in his family’s graveyard in the Nile Delta province of Sharqiya, his son Ahmad Morsi said in a Facebook post.

Egyptian authorities and local media reports suggest that Morsi died of a possible heart attack or stroke. The nation’s public prosecutor said a report on the cause of the death was being prepared. It is unclear whether that was completed before the burial, which in Islam is usually within 24 hours of death.

The Muslim Brotherhood, whose top members are now in exile in Turkey and elsewhere, described Morsi’s death as “murder.”

While held in solitary confinement, Morsi was largely denied access to family members, friends and lawyers. His family was allowed to visit him only three times.

In calling for an investigation, Human Rights Watch’s Middle East and North Africa director, Sarah Leah Whitson, said that Morsi’s death “followed years of government mistreatment” and that his medical care had been “inadequate.”

“At the very least, the Egyptian government committed grave abuses against Morsi by denying him prisoners’ rights that met minimum standards.”

In a statement Tuesday, Egypt’s State Information Service called the allegations a “new ethical low” and “an attempt to prematurely reach outcomes with the most politicized intentions.” It added that the accusations of medical mistreatment are “unfounded.”

During a court appearance in June 2017, Morsi asked to brief his lawyers on the “crimes” he had endured in prison. Even as his condition worsened, an official health report presented during that court session declared Morsi to be healthy apart from suffering from high blood pressure.

In a Washington Post op-ed last year, Abdullah Morsi, the former president’s son, wrote that his father had lost most of his sight in one eye while in prison because of inadequate health care. “We fear that the Egyptian authorities are doing this on purpose, since they want to see him dead ‘from natural causes’ as soon as possible,” Abdullah Morsi wrote at the time.

Human Rights Watch published a report in June 2017 describing Morsi’s health problems and condemning the Egyptian government’s unwillingness to allow the prisoner access to proper care, family visits and information about the outside world.

His family told the organization that Morsi had fainted twice and had fallen into a diabetic coma during the first week of June 2017. According to Whitson, Morsi told his family that a medical professional had informed him that he needed surgery for his deteriorating sight but that he never was able to get it.

By contrast, the Egyptian government was far more attentive to the health of former president Hosni Mubarak, who was deposed during the Arab Spring protests. When Mubarak encountered health problems while in prison, authorities transferred him to a Cairo military hospital, where he was detained until his release from custody in 2017.

Before Morsi’s burial Tuesday, his family attended funeral prayers in the mosque of the capital’s Tora prison, where they washed and shrouded his body and performed other traditional rites, Ahmad Morsi said. The burial was attended only by family members, under heavy security.

Egyptian security agents prevented reporters and photographers from attending the funeral and barred journalists from traveling to Morsi’s village. State newspapers buried his death in brief notices on the inside pages.

As Egypt’s government worked to prevent any public discussion of Morsi’s legacy and death, the ousted president was receiving something resembling state honors in Turkey, where prayers were said in his memory on Tuesday and President Recep Tayyip Erdogan referred to Morsi as a “martyr.”

Erdogan, a supporter of the Arab Spring protest movements and an Islamist leader sympathetic to the Brotherhood, had been one of Morsi’s key allies during Morsi’s year as Egypt’s president. Erdogan has also been a vocal critic of the coup that deposed Morsi and of the government of President Abdel Fatah el-Sissi. Hundreds of exiled members of the Brotherhood live in Turkey, welcomed by Erdogan’s government.

“I am condemning the Western world and humanity, who watched Morsi taken down in a coup and tortured in a prison cell,” Erdogan said at a political rally in Istanbul, according to the Reuters news agency.

Morsi, a senior leader of the Islamist Muslim Brotherhood movement, was elected president a year after Egypt’s Arab Spring uprising toppled longtime autocrat Hosni Mubarak. That vote is still considered the country’s only fairly contested presidential election, and for many Egyptians, Morsi’s victory represented hope that democracy would take root after decades of military-led rule.

But within a year, Morsi had lost much of his political goodwill. Critics accused him of seeking to usurp power and Islamize the government and nation and of mismanaging the economy.

In July 2013, the military ousted Morsi after massive demonstrations erupted against his government, arresting him and other top Islamist leaders.

A month later, Egyptian troops raided protest camps, killing hundreds of Morsi’s supporters in Cairo’s Rabaa al-Adawiya Square and other areas. Human Rights Watch called it “one of the world’s largest killings of demonstrators in a single day in recent history.”

The Muslim Brotherhood was outlawed as a “terrorist group.”

During the coup and the massacre, the army was led by then-Gen. Sissi. He became Egypt’s president in 2014 and was reelected last year after all his credible opponents dropped out because of arrest, intimidation or the lack of a level playing field.

Sissi’s government has jailed tens of thousands of Muslim Brotherhood members and supporters, all but crushing the movement. His authoritarianism has spread since 2017, silencing most forms of dissent, including shutting down hundreds of websites deemed critical and most independent news media.

The government also continued to target Morsi and other top Muslim Brotherhood leaders even while they were in prison. A death sentence was commuted to life imprisonment, but Morsi faced multiple trials on charges including inciting violence.

When he collapsed Monday in a glass cage where defendants are held in the courtroom, he was on trial on charges of engaging in espionage with Hamas, the Palestinian militant group that controls the Gaza Strip.