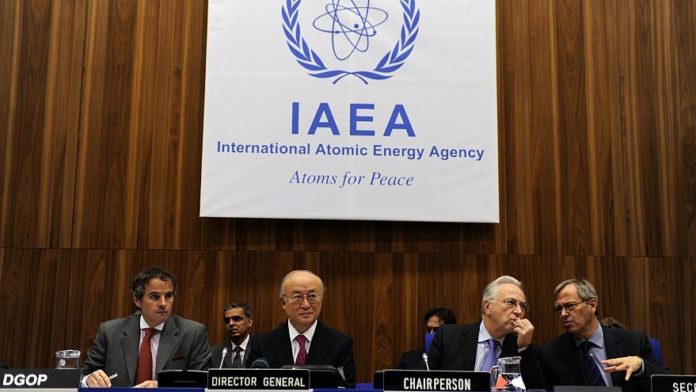 The United Nations nuclear watchdog confirmed on Monday that Iran had indeed surpassed the uranium-enrichment limit set as part of the 2015 Iran nuclear deal, from which the United States withdrew in May 2018.

International Atomic Energy Agency director general Yukiya Amano “has informed the IAEA Board of Governors that Agency inspectors on July 8 verified that Iran is enriching uranium above 3.67 percent U-235,” an IAEA spokesman said, as reported by Reuters.

“Twenty percent is not needed now, but if we want, we will produce it. When we’ve put aside 3.67 percent enrichment, we have no obstacle or problem with this action,” said Kamalvandi.

Kamalvandi, who noted that options for further enrichment had been discussed with Iran’s Supreme National Security Council, said: “There is the 20 percent option, and there are options even higher than that, but each in its own place. Today if our country’s needs are one thing, we won’t pursue something else just to scare the other side a little more.”

On Sunday, U.S. President Donald Trump warned that Iran “better be careful” when it comes to enrichment levels.

While the passing of the enrichment threshold of the nuclear deal is symbolically significant, it remains well below the 90 percent needed for a nuclear weapon. However, most experts say that ramping up to that level can be done fairly quickly after reaching 20 percent for nuclear energy and research.