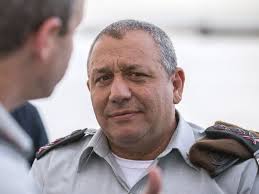 After a rocket fired from Gaza struck Sderot on Sunday, Israel responded by launching a few missiles and by tank fire – the expected response. Later, Israeli planes launched a second and more forceful attack, pounding Hamas targets with dozens of bombing sorties.

On Monday, the JPost reports, a senior Israeli military source confirmed that the retaliatory attack was rooted in a new Israeli policy. Every time a rocket is fired at Israel from Gaza, the IDF will increase its fire power against all Hamas targets, assets and infrastructure, and will not respond in a predictable, limited way.

Meanwhile, Turkey on Monday condemned Israel’s response to the rocket fire on Sderot. In response to Turkey’s statements, Israel Foreign Ministry spokesman Emmanuel Nahshon said, “The normalization of our relations with Turkey does not mean that we will remain silent in the face of its baseless condemnations. Israel will continue to defend its civilians from all rocket fire on our territory, in accordance with international law and our conscience.”