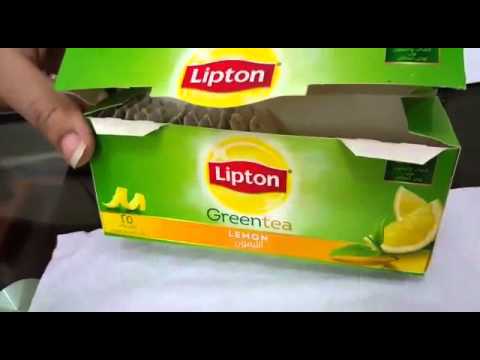 With viral videos showing animate objects inside a Lipton green tea bag have been circulating on social media, Unilever issued official statements in which they declared that all videos are departures from the truth, the News Tribe reports.

“Lipton confirms that this information is wrong. As shown in the video, Lipton Lemon green tea lemon flavor particles, brown in color and curved should not be mistaken for foreign matters. A quick confirmation of the authenticity of the flavor particle is to put it in hot water and see it dissolve,” as mentioned in official statement.

“A video has circulated on social media channels about the presence of worms in Brand X’s green teabags. The people in the video are spreading rumors recently and claiming they care about the public health in society while they do the opposite and spread false information based on people’s imaginations with no scientific or logical basis. The Food Safety Management at Dubai Municipality would like to show the consumers the ignorance of such people and advises everyone not to circulate such videos but instead going to the responsible authorities to verify the information and get the correct and trusted scientific answer from official scientific and legal authorities.”