U.S. aviation regulators ordered emergency inspections of all Boeing 777 planes equipped with a particular Pratt & Whitney engine model after the blades on one of the engines failed Saturday over suburban Denver, spraying metal debris over a wide area.

Additionally, United Airlines said Sunday it will temporarily remove from service 24 of its Boeing 777 planes in its fleet with the Pratt & Whitney engine.

“We reviewed all available safety data following yesterday’s incident,” FAA Administrator Steve Dickson said in a statement. “Based on the initial information, we concluded that the inspection interval should be stepped up for the hollow fan blades that are unique to this model of engine, used solely on Boeing 777 airplanes.”

Federal Aviation Administration officials ordered the inspections after examining the hollow fan blade that failed, triggering the failure Saturday, the agency said in an emailed statement. Japan’s Civil Aviation Bureau ordered operators of the Boeing Co. 777 involved in Saturday’s incident to halt operations, according to the FAA. 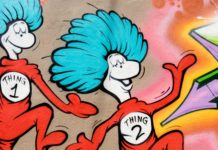 Jobless Claims Rise To 745K In Final Week Of February 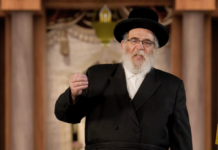 How Many Hours Does It Take to Spiritually Prepare for Shabbos?