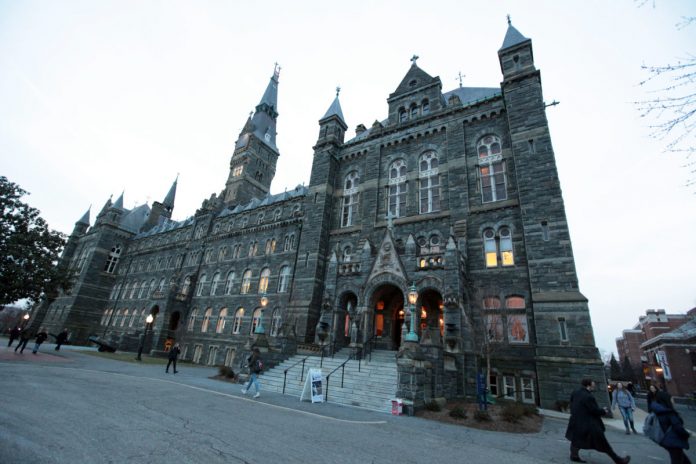 Georgetown University could become the first college in the nation to mandate a fee to benefit descendants of slaves sold by the university nearly 200 years ago after a student referendum passed by almost a 2-to-1 margin.

The school’s undergraduates voted Thursday on the referendum, which would increase tuition by $27.20 per semester to create a fund benefiting descendants of the 272 slaves sold to pay off the Georgetown Jesuits’ debt — a move that saved the university financially.

“The Jesuits sold my family and 40 other families so you could be here,” sophomore Melisande Short-Colomb, a Georgetown student, said during a town hall to discuss the issue last week.

Short-Colomb, age 63, is one of four students currently attending the university under an admissions policy that considers the descendants of the 272 slaves as “legacy” students.