The U.S. Supreme Court will be meeting next week to consider cases to add to their docket. Among them is Rubashkin v. United States, which stars in the short documentary film “Unjustified,” which premiered online yesterday here on Matzav.com.

On September 24, the Supreme Court will begin to consider which of approximately 10,000 petitions for a writ of certiorari it will add to its docket in October. From among these cases, only one — Rubashkin v. United States  — captured the attention of Emmy-nominated producer Nicholas McKinney.  McKinney is an Emmy and Writers Guild nominated producer.McKinney made the case the focus of the upcoming documentary short, “Unjustified” (see below), which takes a deep look at our nation’s claim to guarantee the accused a fair trial.

Rubashkin v. United States started as the largest immigration raid in US history and ended in a bank fraud case concerning a $35 million loan that cuts to the heart of our nation’s judicial excess. The case has drawn widespread support from all sides of the political spectrum from former Federal prosecutor and U.S. Congressman Ted Poe, former U.S. Attorneys General Richard Thornburgh and Ed Meese to former U.S. Attorney General Janet Reno, U.S. Congresswoman and DNC Chair Debbie Wasserman Schultz, and the Iowa ACLU and draws attention to sentencing disparities between courts, problems with sentencing guidelines, over-criminalization, prosecutorial power and the boundaries of the relationship between judges and the prosecutors who argue before them.

Unjustified explores the vast discretion prosecutors have to choose and amplify charges, essentially creating slam-dunk cases that ensure guilty pleas. The question is not whether many of the people convicted are innocent – in most cases the film considers, they are in fact found guilty – but rather if the guilty are or are not guaranteed a fair trial.

The film documents the Rubashkin case while examining the sentencing of other high profile bank fraud cases and includes interviews with former Solicitor General Paul Clement, lead lawyer on the Rubashkin case before the Supreme Court; former U.S. Attorney A. Jeff Ifrah, co-author of Federal Sentencing for Business Crimes, a key resource relied on by prosecutors and defense attorneys throughout the United States; former Rainbow Coalition Executive Director and American University law professor Angela Davis, an expert on prosecutorial power; and Ms. Mary Price, Vice President and General Counsel for Families Against Mandatory Minimums, among others.

“We live in a nation of people raised on Law & Order, whose parents grew up with Perry Mason,” says Nick McKinney, director of the new documentary that explores the American justice system. “We have this idea of due process where two fair-minded lawyers argue before an impartial judge, but in reality the system – and the power of prosecutors to bring and amplify charges –  stacks the odds against defendants.”

Mr. Clement, who argued before the U.S. Supreme Court against the Affordable Care Act on behalf of 26 states, represents Rubashkin, along with attorney Nat Lewin, and filed a petition for certiorari with the Supreme Court earlier this year. In the film, Clement explains why he took the case saying, “People may disagree on how much we should have standardized sentences, how much discretion we should have, but I don’t think anybody thinks it should be random and I think everybody would agree that more explanation of why these sentences are coming out the way they are is something we should all value.”

In the case of Mr. Rubashkin, Rubashkin faced over 160 counts of fraud and immigration violations after seven superseding indictments piled on the charges.  Ultimately, the fraud case was severed from the immigration case; the immigration case was never tried and Rubashkin was found guilty on 86 of 91 counts related to fraud. For those crimes, he faced over 1,000 years in prison. At sentencing, prosecutors sought a life sentence until six former US Attorneys General and other Justice Department veterans wrote to the judge objecting to such harsh punishment. Prosecutors revised their request to 25 years in prison; Judge Linda Reade sentenced Mr. Rubashkin to 27 years – more than many other white-collar criminals whose crimes far exceeded the value of Mr. Rubashkin’s.

A subsequent Freedom of Information Act request returned documents demonstrating Judge Reade had worked with prosecutors in the months leading up to the initial raid on Mr. Rubashkin’s business, creating what his defense argues is “at the very least the appearance of impropriety.”

Nicholas McKinney is a principal of Long Tail Films, an independent film company dedicated to producing documentaries on social issues.  McKinney’s work focuses on the tough-to-get-out spots in our social fabric and seeks to make complicated issues understandable to the average viewer. From producing for Michael Moore and The Daily Show to executive producing 30 Days with Morgan Spurlock, he has always viewed non-fiction storytelling as a path to better understanding of the world around us. Most recently Nicholas was a co-creator and executive producer of The IFC Media Project for the Independent Film Channel, which was hailed by critics as “a 60 Minutes for the Obama generation.”

Click below to watch a ten minute clip from the documentary: 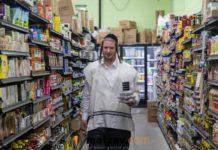 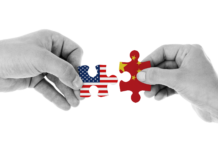