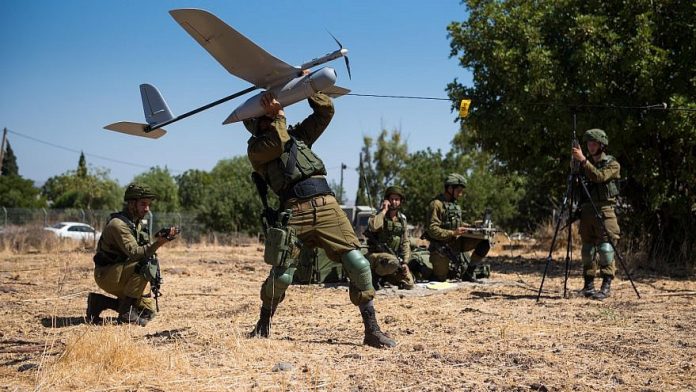 The Israeli army said Sunday that one of its drones had come down in Lebanese territory, following a reinforcement of its presence at its northern frontier near Lebanon.

The drone fell “during IDF operational activity” along the border, the army said in a statement.

“There is no risk of breach of information.”

Israel regularly deploys drones over Lebanon, in particular to monitor the movements of pro-Iranian terror group Hezbollah, an arch-enemy of the Jewish state and a heavyweight in Lebanese politics.