I was recently privileged to spend the good part of a week on the tree-studded rural campus of my alma mater, Yeshivas Ner Yisroel (the Ner Israel Rabbinical College, according to the sign at its entrance). As always, visiting the place where I studied some forty years ago was an enthralling experience.

There have been changes, to be sure, at Yeshiva Lane, the winding private road that is the yeshiva buildings’ address. What was the main study hall in my day now serves the yeshiva’s high school division; and a magnificent newer beis medrash stands where, in the 1970s, an old house occupied by a faculty member’s family sat on a hill. New housing has risen up for faculty and married kollel students – there is a long waiting list of kollel-fellow families living “in town” (that is to say, Baltimore and its suburb Pikesville) who are anxious to move onto the yeshiva campus. (Kollel fellows who can no longer afford to be engaged in full-time Torah study understand that their campus apartment or townhouse should be offered to a full-time kollel fellow’s family.)

Torah life and study, and children, permeate Yeshiva Lane. Students and staff members walk to or from the study hall, often in studious conversation with one another; and parents driving cars and vans shuttle their children to schools “in town.” After school hours, the bevies of bicycles lying near the entrance of each of the apartment buildings welcome their owners back. A small playground suddenly comes to life, echoing with the sweetest sound in the world, happy kids at play.

On the Sabbath, the scene is idyllic. With no traffic, carpools, appointments or any reason to rush, a special calm settles over the campus. The songbirds that must have been there the entire week suddenly stand out, adding avian Shabbos songs to the ambiance. In the afternoon, after services and the festive Shabbos meal, parents sit on the balconies of their homes, watching their children at play, or study or just relax. A special lecture is offered for women, and husbands take a break from their studies to allow their wives to attend. Everyone looks after everyone else and everyone else’s children. The community is a model of caring. Every neighbor is neighborly.

Life on Yeshiva Lane unmistakably revolves around the study halls, where a total of close to 900 boys and men delve into the Talmud and other Jewish sources, usually studying in pairs. And the dynamos that are the batei medrash operate on Shabbos no less energetically than during the week, and are filled with young and not-so-young men from early morning until late at night.

I took the opportunity to spend a couple hours in one of those study halls; it was hard to find a seat. I applied myself to my own studies for most of the time, and then listened in to several of the pairs of students studying in my vicinity. It was as if I had been transported four decades into the past; the material and method of learning were more than familiar. And four decades hence, I realized, the room’s walls would hear the same sort of academic conversations, about the same texts. The Torah has been the focus of Jewish minds over millennia; and always will be.

Like all good things, though, my visit came to an end and I returned to a very different “ultra-Orthodox” world, at least a very different depiction of it than the one I had just experienced.

My job immerses me in the media. And awaiting me were the usual reports and blog postings about Orthodox Jews’ real or imagined crimes and misdemeanors, and the regular opinion pieces equating Orthodox belief and standards with backwardness, sexism, “phobias” and intolerance.

A special welcome-back “present” was a long frothing-at-the-mouth diatribe in a respected Jewish periodical, written by a self-described “polymath” angrily decrying the growth of the charedi community and its “Jewish fundamentalism,” which, he contends, “threatens the fabric of American Jewish life.” The would-be dragon-slayer railed against “the coercion and ignorance prevalent in American ultra-Orthodox communities”; asserted that charedi lives are “a distortion of Judaism” and fuel an “apparatus of fear, manipulation and power mongering”; sees something sinister if not criminal in the acceptance of Pell grants by yeshiva students who qualify for them; and sounds a dire warning that, because of charedi Jews’ generally large families, “New York Jewry, within a generation, will be fundamentalist, poor, uneducated and reactionary.”

Two depictions of the same subject, one a Rembrandt, the other a Picasso. What comes to mind is the famous musing of the Chinese philosopher Chuang Tzu. “Last night I dreamt that I was a butterfly,” he told his students. “Now I do not know if I am Chuang Tzu, who dreamt himself a butterfly, or a butterfly dreaming he is Chuang Tzu.”

No, reality wasn’t what I returned to last week, but rather what I left behind. The portrait painted by a jaundiced media and the precious polymath is the dream, a fever dream. What I saw in Baltimore – which is duplicated in every charedi community I’ve lived in or visited – is the reality. 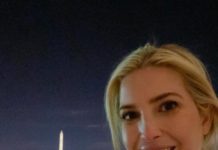 Ivanka Trump Gets Vaccine, Urges Public To Do The Same 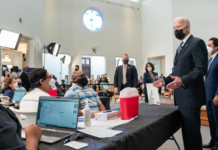 UM, WHAT?: Scientists Have Created A Human-Monkey Hybrid