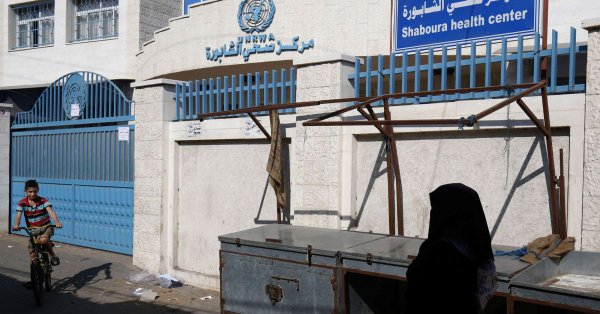 A fundraising conference held by the U.N. Relief and Works Agency (UNRWA) on Tuesday raised over $110 million from 35 countries, enough to allow the refugee agency, which has been struggling since the Trump administration cut its funding last year, to stave off an immediate budget crisis.

According to UNRWA chief Pierre Kraehenbuehl, however, the organization will need to seek more funding in September to cover its $1.2 billion annual budget.

The largest donations came from the European Union, Germany and Britain.

In 2018, the Trump administration withdrew funding from UNRWA, saying the organization was ineffective and even detrimental to Palestinians, perpetuating a culture of victimhood and running schools which promote hatred of Jews.

In May, U.S. Middle East envoy Jason Greenblatt told the U.N. Security Council that the agency should be dismantled, with services for Palestinians run by NGOs and the countries hosting Palestinian refugees and their descendants.

UNRWA was established in 1950 to assist Palestinian refugees from Israel’s 1948 War of Independence, with educational, health and welfare services. The organization has continued its work for the past 69 years, using a unique definition of refugee status according to which the descendants of refugees are also considered refugees, even if they are citizens of other countries.