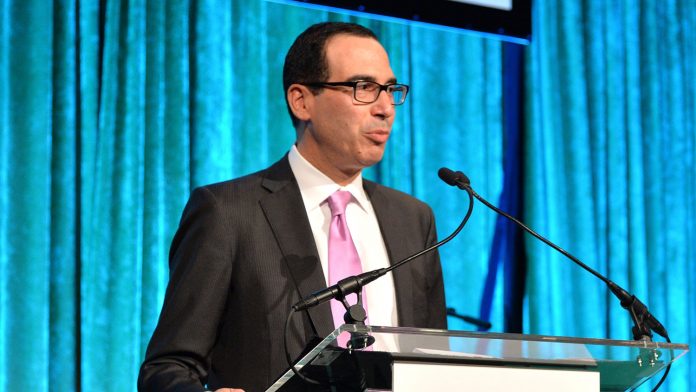 This is the week when more than half of President Donald Trump’s Cabinet may finally get filled.

As many as five more Cabinet-level appointments are set to be confirmed in the coming days with another key nominee scheduled to appear for his long-delayed confirmation hearing. With little resistance to remaining picks, senators should move at a faster rate to hold up-or-down votes on nominees before next week’s February recess.

On Monday night, senators are set to confirm Steven Mnuchin to serve as treasury secretary on a party-line vote. Right after, they’ll vote on the nomination of David Shulkin to serve as the next secretary of the Department of Veterans Affairs. The voting is set to continue Tuesday morning, when Linda McMahon is likely to be confirmed as head of the Small Business Administration, which is not formally part of a traditional presidential Cabinet but is often elevated to Cabinet-level status given the focus of the agency.

Shulkin and McMahon are likely to receive a handful of Democratic votes given the nature of the agencies they’re set to lead and the less political nature of the work.

But partisan combat will ensue Wednesday during a confirmation hearing for Andrew Puzder to serve as the next labor secretary. The restaurant executive has been waiting for weeks to appear before senators amid a drawn-out review of his background by the Office of Government Ethics and revelations that his family once employed an undocumented housekeeper. There are also ongoing legal attempts to unseal details of previous divorce proceedings.

Despite the delays, the White House is standing by Puzder. Given the makeup of the Senate he is likely to be confirmed unless Republican senators begin raising concerns. Democrats are vowing to highlight Puzder’s past comments about the minimum wage and minimum-wage workers, the labor practices of his restaurants and a string of commercials run by two of his restaurant brands, Carl’s Jr. and Hardee’s, that Democrats and women’s groups say are sexist.

Republicans are also likely to set up final confirmation votes for Scott Pruitt to serve as head of the Environmental Protection Agency and Rep. Mick Mulvaney, R-S.C., to lead the Office of Management and Budget. Both face stiff Democratic opposition, but Pruitt is expected to win at least two or three Democratic votes from moderate senators facing reelection next year in states that favor the Oklahoma attorney general’s years-long legal battles with the agency he’s set to lead.

Several other Cabinet picks await final confirmation, including former Texas governor Rick Perry to lead the Energy Department and Ben Carson to head the Department of Housing and Urban Development. But they will have to wait until late February or early March for a final vote if they aren’t confirmed this week. Congress takes a week-long Presidents’ Day recess starting Feb. 20.

Even if Trump’s top choices finally get installed, he still has hundreds of deputy and senior government positions requiring Senate confirmation to fill. Experts who track presidential transitions have predicted it could take until the summer to fill most of the vacancies.