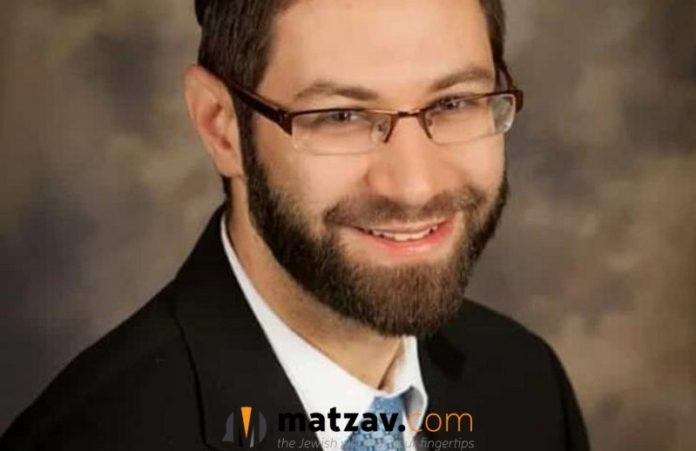 CLICK HERE TO DONATE MONEY TO THE BAUMAN FAMILY FUND

Update: The Coast Guards search for Rabbi Reuven Bauman off the coast of False Cape State Park was suspended at about 11:30 a.m. Wednesday, according to Coast Guard Lt. Steve Arguelles.

“It’s always a hard decision, and it’s not one we make lightly,” he said.

“We never make the decision to suspend lightly, and in this particular case, it’s especially difficult,” said Captain Kevin Carroll, commander of Coast Guard Sector Hampton Roads, in a statement. “We share our deepest sympathies with the family of a man who risked his own life to save another.”

However, the search still continues as dozens of volunteers from several organization are using boats, planes and helicopters in a tireless effort to recover the young Rabbi.

Previous: The search continues for Rabbi Reuven Bauman, a rebbi/counselor at a day camp in Norfolk, Virginia, who was swept out to sea this afternoon.

A massive search team is using every form of technology available, and has reached out to government, police and fire personnel to assist in the search of the area where Rabbi Bauman was last seen and is most likely to be based on computer models.

The incident occurred in the water off of False Cape State Park. Emergency dispatchers received a call at about 1 p.m. reporting a drowning at the park, located at 4001 Sandpiper Road in Virginia Beach. The caller said that two people had been in the water.

Rabbi Bauman, age 35, had spotted one of his campers, an eleven-year-old boy, struggling in the water, so he went to help. The camper was able to exit the water, but Rabbi Bauman was seemingly swept out to sea.

Rabbi Bauman, who is a rebbi and a teacher at the Yeshiva Toras Chaim elementary school of Norfolk, had been on the trip with a group of 20 campers.

Tens of thousands of people across the world are davening for Rabbi Bauman’s safe return. In Norfolk, groups are reciting Tehillim continuously.

National organizations, including Chaveirim, Chai Lifeline and Achiezer, have stepped in to help.

All the campers in the group, we are told, are safe and sound. A meeting is being held tonight for parents of the campers who were present.

All Norfolk residents who had planned to attend the local Wilson wedding have been asked to participate, so as the ensure the proper ruach at the simcha.

All are asked to continue davening for the safe return of Reuven Tzvi ben Esther Baila.