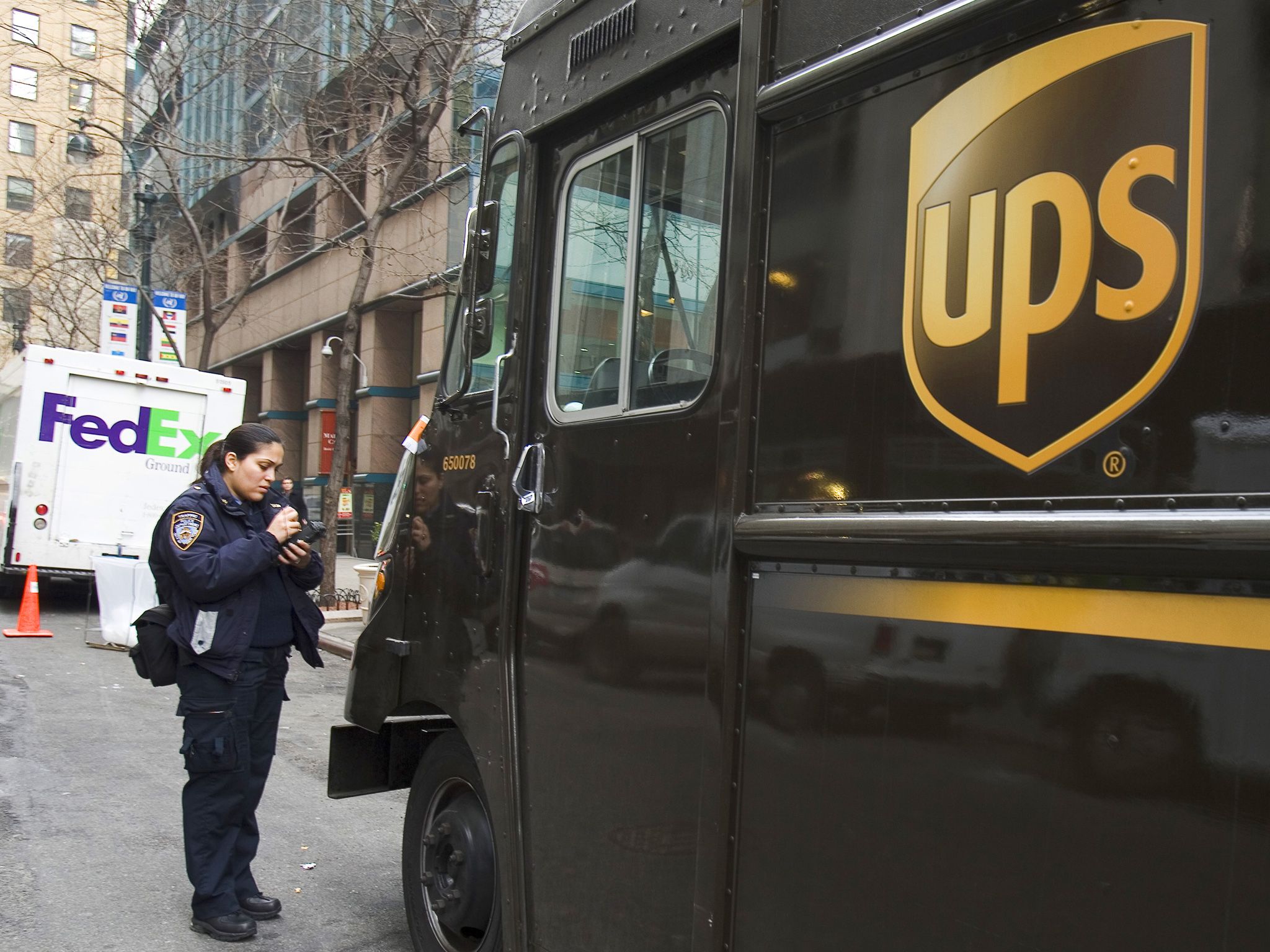 United Parcel Service Inc. sees a day when your latest purchase may be dropped off not by a brown-clad delivery driver, but by an octocopter drone.

The world’s largest courier took a step closer to that future on Monday, launching an unmanned aerial vehicle from the roof of a UPS truck about a quarter-mile to a blueberry farm outside Tampa, Florida. The drone dropped off a package at a home on the property, and returned to the truck, which had moved about 2,000 feet.

The test shows how UPS is looking to drones as a way to cut costs and ease delivery in hard-to-reach places. Deploying the aircraft in rural areas — where the distance between stops drives up fuel and labor costs — is one of the more promising applications.

“Drones won’t replace our uniformed service providers,” says Mark Wallace, UPS’s senior vice president of global engineering and sustainability. “That’s key, but in this case, it really is there to assist.”

Monday’s trial was the clearest indication that Atlanta-based UPS wants to use drones for home delivery, as do internet retailer Amazon.com Inc. and Google parent Alphabet Inc. Those companies and others still must overcome significant regulatory hurdles before delivery-by-drone becomes the norm.

UPS says it hasn’t calculated how much the potential shift could help cut costs, but estimates in general that reducing each driver’s mileage by a mile a day could save $50 million a year. The company operates more than 100,000 road vehicles, according to its website.

UPS has enlisted Loveland, Ohio-based Workhorse Group Inc., which makes the courier’s plug-in electric delivery vehicles, to design a “rolling warehouse” system in which a drone is deployed from the roof of a UPS truck and flies at an altitude of 200 feet to the destination. It returns after dropping off the package.

The aircraft weighs 18 pounds and can carry a 10-pound payload, says Workhorse Chief Executive Officer Steve Burns. The driver can use a street view of the destination to determine where the item should be delivered. For safety reasons, the drones currently won’t fly under structures, such as awnings, so a package may be left several feet from a home’s doorstep.

Whether that is close enough is “part of what we need to understand,” says Wallace, of UPS. The company hopes eventually to have a driver continue to the next stop before a drone completes its mission. Previous tests involved other manufacturers’ drones and niche uses, such as delivering medical supplies in remote areas of Rwanda.

Current U.S. regulations generally don’t allow flights over people or beyond the sight of a drone operator — at 200 feet over flat terrain, that’s about a mile and-a-half — making true deliveries impossible for now.

Proposed Federal Aviation Administration guidelines for operation over crowds were supposed to be released by the end of last year but were delayed by security concerns. The FAA has allowed a handful of companies, including BNSF Railway Co., to test long-range flights. Such operations won’t be allowed on a routine basis until later this year at the earliest.

Despite the challenges, “the comfort of having a brown drone, a brown truck and a brown uniform all close by is a great way to bring it into the mainstream,” says Burns.