A U.S. government agency has launched an internal investigation after airing a Spanish-language program earlier this year describing George Soros as a “multimillionaire Jew” and espousing conspiracy theories about the billionaire philanthropist.

The 15-minute segment was aired in May by Radio and Television Marti, which broadcasts news and other programs promoting U.S. interests to audiences in Cuba.

The program calls Soros a “non-practicing Jew of flexible morals,” claims that he was involved in “clandestine operations that led to the dismantling of the Soviet Union” and describes him as “the architect of the financial collapse of 2008.”

It also makes repeated references to Judicial Watch, a conservative watchdog group that has launched an “Expose Soros” fundraising campaign and whose director of investigations and research recently claimed without evidence that the “Soros-occupied State Department” is funding the migrant caravan making its way to the United States.

John Lansing, CEO and director of the U.S. Agency for Global Media, which oversees Radio Television Marti’s parent office, said in a statement Monday that a probe is underway and described the video segment as “inconsistent with our professional standards and ethics.”

“Those deemed responsible for this production will be immediately placed on administrative leave pending an investigation into their apparent misconduct,” Lansing said. “Disciplinary action appropriate under federal law may then be proposed, including the potential removal of those responsible, depending on the outcome of that investigation.”

USAGM, formerly known as the Broadcasting Board of Governors, oversees the Office of Cuba Broadcasting, to which Miami-based Radio and Television Marti belongs.

The videos were first surfaced on Friday by the Cuban Triangle, a blog affiliated with the nonprofit Cuba Research Center, and were also reported by Mother Jones. The original videos have been taken down from the Radio and Television Martí website, but snippets are still accessible on YouTube.

In an interview with The Washington Post Monday night, Sen. Jeff Flake, R-Ariz., said he was pleased that USAGM was taking action to discipline the employees responsible for the program.

“At best, TV and Radio Marti are pretty irrelevant,” said Flake, who has long argued that the broadcaster is inefficient and a waste of federal dollars. But “when you have an agenda like this, basically to smear George Soros and provide a platform for anti-Semitic views, to be paid for by the U.S. taxpayer,” then things have reached a new and “pernicious” level, he said.

In an initial statement to Mother Jones on Friday, Office of Cuba Broadcasting Director Tomas Regalado acknowledged that the anti-Soros program “did not have the required balance,” although he defended Judicial Watch as “a good source.” Regalado, who was previously mayor of Miami, also noted that he became director of the office after the program had already aired.

Flake then drew attention to the program on Saturday with a tweet in which he called it “taxpayer-funded anti-semitism.” He followed up with a letter to Lansing earlier Monday calling for an investigation into how the program came to be produced.

“At a time when hate-filled rhetoric is having a devastating impact inside the United States, it is irresponsible for any agency of the federal government to perpetuate unfounded conspiracy theories that far from supporting U.S. foreign policy goals, work against them,” Flake wrote.

Radio Marti began broadcasts to Cuba in 1985; TV Marti followed suit five years later. Critics argue that the broadcasts, which are largely blocked by Cuba’s government, are of questionable quality and have had a negligble effect on Cuban society, although proponents maintain that they advance U.S. interests and provide a useful alternative to the island’s state-run media.

Regalado was appointed director of the Office of Cuba Broadcasting in June. He succeeded interim director Andre Mendes, who resigned amid reports of internal turmoil. 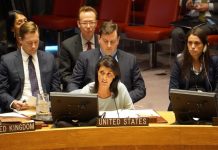 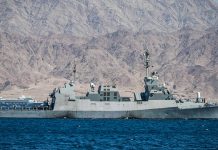