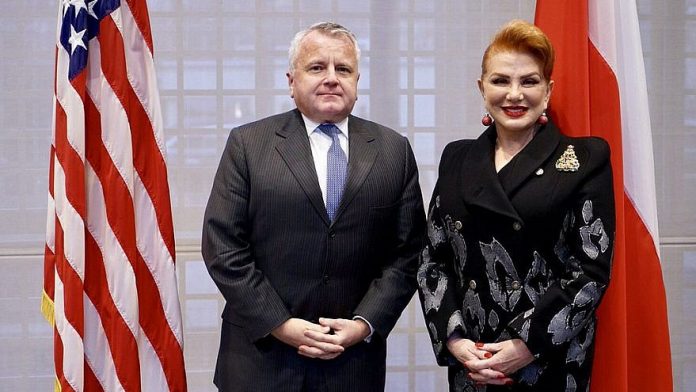 The U.S. Ambassador to Poland Georgette Mosbacher called on Israel to apologize to Poland for Israeli Foreign Minister Israel Katz’s comments regarding the Holocaust.

Mosbacher said Katz should apologize, responding that what he said “warrants an apology.”

Katz told Israel’s i24 news channel on Sunday, “I am the son of Holocaust survivors, we will never forgive and never forget, and there were many Poles who collaborated with the Nazis.”

Quoting former Israeli Prime Minister Yitzhak Shamir, Katz added that “Shamir said that every Pole sucked anti-Semitism with his mother’s milk. Nobody will tell us how to express our stance and how to honor the dead.”

The remarks were made after Israeli Prime Minister Benjamin Netanyahu said at the recent Warsaw summit on the Mideast that Poles cooperated with Nazis during the Holocaust, and that no one has been sued for asserting this truth, criticizing Poland’s Holocaust Law, which forbids accusing Poland of complicity with the Nazis under penalty of law.