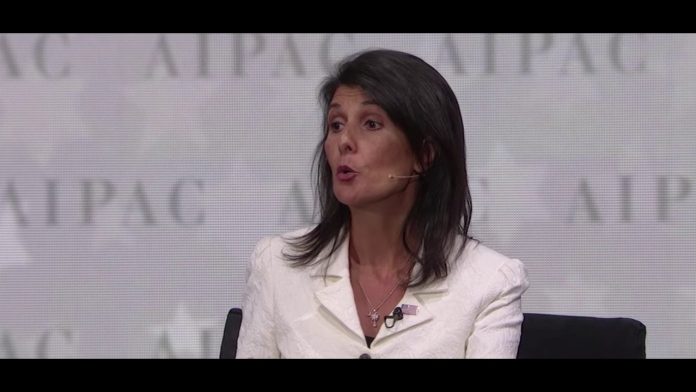 The US-drafted statement would have the council express “serious concern” about Abbas’s remarks, which “included vile antisemitic slurs and baseless conspiracy theories, and do not serve the interests of the Palestinian people or peace in the Middle East,” AFP reported.

The draft also urges “all parties to avoid provocations that make the resumption of negotiations more difficult.”

Earlier on Friday, Abbas attempted to walk back antisemitic remarks made earlier in the week, when he argued that Jewish persecution in Europe had been caused by Jewish social behavior, not by religion.

In his apology, Abbas both condemned antisemitism and called the Holocaust “most heinous crime in history.”

In speech on April 30, Abbas told the Palestinian National Council that “the Jewish question that was widespread throughout Europe was not against their religion, but against their social function, which relates to usury and banking and such.”