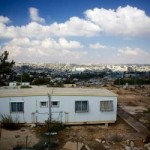 Leading Jewish personalities in the United States have reacted angrily to the Obama Administration’s blistering attack upon Israel’s announcement – based on a plan already approved by the Jerusalem Municipality two years ago – that it will construct 2,500 residential units in the eastern Jerusalem neighborhood of Givat Hamatos. The administration also expressed displeasure at the news that a group of Jewish residents had moved into property purchased from Arabs in the Silwan neighborhood.

“Anyone who thinks that Jews buying a few handfuls of homes in areas of Jerusalem in any way contributes to the problems in the Middle East just doesn’t understand the reality of how deep the antagonism is to the nation state of the Jewish people,” said the former Harvard University scholar and influential political commentator, Professor Alan Dershowitz.

Dershowitz, who has been generally critical of Israeli settlement policies in the West Bank, was responding to White House spokesman Josh Earnest’s comment about the “occupation of residential buildings in the Palestinian neighborhood of Silwan in east Jerusalem – this is near the Old City – by individuals who are associated with an organization whose agenda, by definition, stokes tensions between Israelis and Palestinians.”

Earnest was referring to the Jewish nationalist Elad organization. On Tuesday, the Jerusalem Post reported that an official of the Palestinian Authority’s ruling Fatah party had declared that the Palestinian broker who made the sale to Elad deserved the death sentence.

“To focus on these events at a time when ISIS is beheading, when Iran is developing nuclear weapons, and when Hamas is preparing rocket attacks, is such a perversion of reality and such a false prioritization,” Dershowitz said in an interview with The Algemeiner.

Asked whether the White House’s criticism implicitly discriminated against Jewish residency rights on the basis of ethnicity, Dershowitz responded: “I see a failure to point the finger where it belongs, at Palestinian leaders who say, ‘no Jew will ever live on the West Bank.’ For the White House to object to Jews purchasing property, it reminds me of those who protested when Jews bought property in pre-Israel Palestine. This isn’t the old days when Jews have to live behind a ghetto wall.”

Rabbi Marvin Hier, Dean of the Simon Wiesenthal Center, slammed the criticism from the White House concerning Jews moving into homes in Silwan freely sold by the broker. Describing the sale as “legitimate commerce,” Hier told The Algemeiner: “What does this have to do with the government of Israel? This is free commerce between the citizens of a free country. It seems to me ludicrous and out of place.”

“Of all the things that are a provocation, and that have led to disastrous consequences for the Middle East, I don’t think it’s the selling or exchange of apartments and homes,” Hier said.

In a statement released on Thursday afternoon, Abraham H. Foxman, National Director of the Anti-Defamation League, questioned the administration’s “myopic, ill-timed and off the mark” intervention. “One need only to recall the complete withdrawal from the Gaza Strip in 2005 and Israel’s unilateral ten month freeze on new settlement construction to understand that Israeli settlements are not and never have been the impediment to an Israeli-Palestinian agreement,” Foxman said.

Uri Ariel, Israel’s Housing Minister, pointed out in response to the American criticisms that around one third of the new homes in Givat Hamatos are intended for Arab residents of the city.