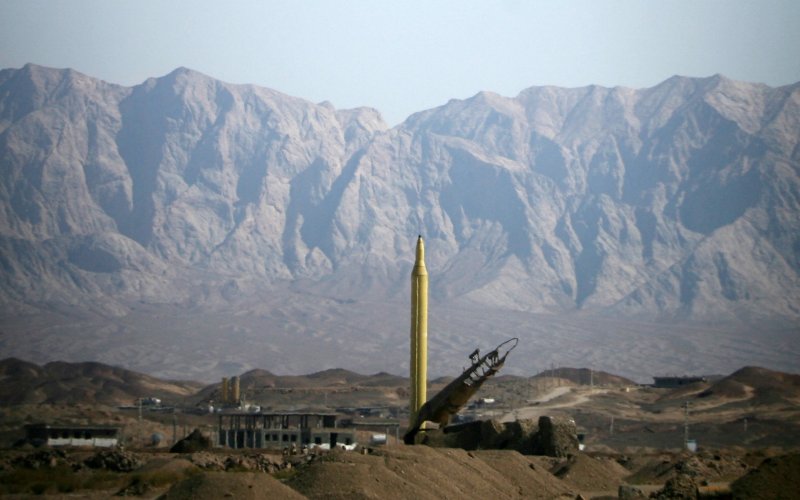 Along with Saudi Arabia, the United States is “aggressively monitoring Iranian missile threats across the Middle East,” reported The Washington Free Beacon on Thursday, citing U.S. military officials who briefed U.S. Secretary of State Mike Pompeo during a visit that day to the nation’s Prince Sultan Air Base.

The air base took in more than an additional 2,500 U.S. forces in early January and has an advanced fighter fleet to assist the Saudis in defending their country from the Iranian missile strikes, according to the U.S. military officials, who also briefed a group of reporters traveling with Pompeo.

The United States also installed Patriot surface-to-air missile systems to deter possible Iranian strikes similar to the one in September 2019 on Saudi Arabia’s Aramco oil fields. Iran has not launched strikes on Saudi Arabia since.

“The fact that we’re here today, the fact that so many young American men and women are here and in other facilities not only here in Saudi Arabia, but in Iraq, indeed in Qatar … I think demonstrates that the demand for deterrence remains,” said Pompeo. “You need only look at the ayatollah’s Twitter feed to know that these are people who have a deep disdain for the very fundamental ideas that we hold so dear in the United States of America, and their desire to wipe the state of Israel off the map and to do harm to the United States of America remains, and our aim is to change that behavior from the regime.”

“First is, I think it demonstrated resolve. Not only for the United States, but all of the forces that are working to push back against the Islamic Republic of Iran,” he said. “He was actively plotting to kill Americans. He killed Americans … and I think that you can see that it’s now provided the Iranians with the knowledge that our notion of deterrence is real.”

U.S. Ambassador to Saudi Arabia John Abizaid told reporters that Riyadh “has done a tremendous amount to suppress Sunni Islamic extremism within their own borders, and they have been a great cooperation partner with us, and they will continue to do that.”

“Now what the next job is, at some point in history—hopefully soon—Shia Islamic extremism led by the Iranian Revolutionary Guards’ Quds Force gets rolled back.”

Since withdrawing in May 2018 from the 2015 Iran nuclear deal, the United States has reimposed sanctions lifted under it, along with enacting new financial penalties against the regime.

For example, on Thursday, the United States sanctioned five Iranian officials accused of barring candidates from running in what U.S. special representative for Iran Brian Hook said was “an event euphemistically called elections” for the Iranian legislature.