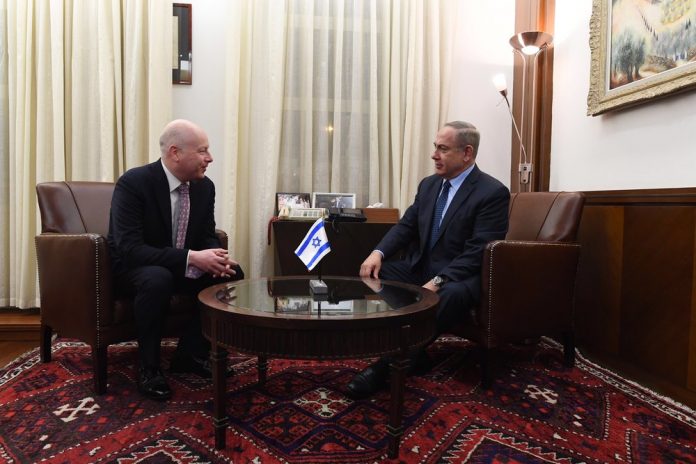 The Trump administration is reportedly exploring whether or not to hold an Israeli-Palestinian peace summit that would be attended by Arab leaders from the Gulf states.

According to Israeli sources quoted by the Jerusalem Post, U.S. officials are quietly looking into the possibility of the summit, but no formal plans have been made. The report added if the summit were to take place, leaders from the Arab Gulf states would join their Egyptian and Jordanian counterparts alongside Israeli officials in public, which would be an unprecedented move.

“The president (Donald Trump) wants to bring them over—a public event with them,” a senior Israeli source said. “I think it’s feasible, but the question is what happens after.”

One precondition for the summit, according to the Israeli source, is Israel would need to agree to a freeze on future housing construction outside of the main settlement blocs in Judea and Samaria.

The report added that Israeli and Arab leaders are questioning what the summit would deliver in terms of concrete policy, and fear it could raise false hope for a peace deal—especially among the Palestinians, which could lead to violence in Israel if an accord fails to materialize.

“It can lead to an intifada if we don’t have a plan for afterward,” another Israeli official told the Jerusalem Post. “Both Abu Mazen (Palestinian Authority President Mahmoud Abbas) and [Prime Minister Benjamin] Netanyahu will show up, but neither is likely to come with deliverables.”

Meanwhile, President Trump’s international negotiations representative, Jason Greenblatt, returned to the Middle East Tuesday to attend the Arab League Summit in Jordan. Greenblatt, who met with a series of Arab leaders at the summit, also met with the Palestinian Authority’s Abbas.

Prior to his meetings with Arab leaders, Greenblatt met with European Union foreign policy chief Federica Mogherini for talks focusing on Israeli-Palestinian peace, tweeting that “it’s a priority for both of us.” JNS.ORG