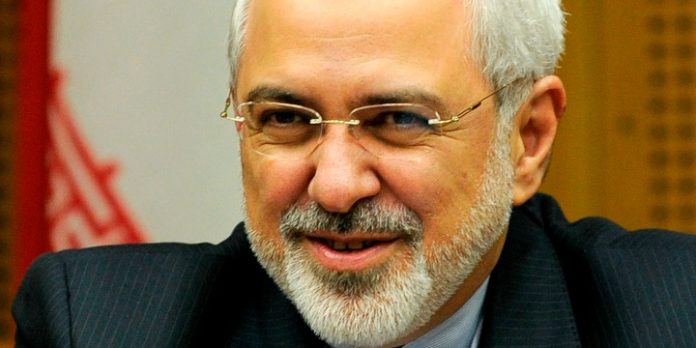 The United States has decided not to impose sanctions on Iranian Foreign Minister Mohammad Javad Zarif for now, two sources familiar with the matter said on Thursday, in a sign Washington may be holding a door open for diplomacy.

Treasury Secretary Steven Mnuchin on June 24 had said Zarif would be blacklisted that week, an unusual public stance because the United States typically does not preview such decisions to keep its targets from moving assets out of US jurisdiction.

Blacklisting Iran‘s chief negotiator would also be unusual because it could impede any US effort to use diplomacy to resolve its disagreements with Tehran over Iran‘s nuclear program, regional activities and missile testing.

The sources did not give specific reasons for the decision, which came after two months in which US-Iranian tensions have soared because of attacks on tankers in the Gulf that the United States blames on Iran, despite its denials, and Iran‘s downing of a US drone that prompted preparations for a US retaliatory air strike that was called off minutes before it was due to hit.

“Cooler heads prevailed. We … saw it as not necessarily helpful,” said one source familiar with the matter who spoke on condition of anonymity, saying US Secretary of State Mike Pompeo had opposed designating Zarif “for the time being.”

In a sign of how close Washington came to taking action, the US Treasury internally circulated a draft press release announcing sanctions on the Iranian foreign minister.

Zarif is expected to attend a ministerial meeting at the United Nations next week on sustainable development goals, which aim to tackle issues including conflict, hunger, gender equality and climate change by 2030.

To do so, the United States would have to grant him a visa, another sign Washington is holding off on sanctions for now.

Zarif say he has no US assets

Relations have deteriorated since US President Donald Trump last year unilaterally withdrew from Iran‘s 2015 nuclear deal with major powers, and his early May decision to use US sanctions to try to eliminate Iran‘s oil exports entirely.

Trump’s move to cut off Iran‘s oil sales led Tehran to start violating parts of the nuclear pact, which was designed to limit its ability to develop weapons in return for relief from economic sanctions that had crippled its economy.

Asked why Zarif had yet to be sanctioned, a Treasury spokesman referred to a comment on Tuesday by a senior Trump administration official who told reporters: “We’re obviously exploring our various avenues for additional sanctions against Tehran. Obviously, Foreign Minister Zarif is a figure of key interest and we’ll update you … as we have more information.”

The State Department did not immediately respond to a request for comment on the decision.

The department’s spokeswoman Morgan Ortagus said on Thursday Washington wants a diplomatic resolution and repeated Trump’s comment that he is willing to meet Iran “without preconditions.”

“We seek a diplomatic solution,” she told reporters. “We have asked our allies to ask Iran to deescalate the situation, not to harass American allies or interests, not to terrorize the region.”

Mnuchin did not say what sanctions would hit Zarif. On the day he spoke, he was briefing reporters on US sanctions that aimed to block Iran‘s supreme leader, Ali Khamenei, from access to the US financial system or assets under US jurisdiction.

On July 4, The New York Times quoted Zarif as saying in an email that he did not own any property or have any bank accounts outside Iran. “So I have no personal problem with possible sanctions,” he said.

‘We seek a diplomatic solution’

Trump has said he is open to negotiating with Iran. However, former US officials said they see no signs his administration is interested in talks on terms other than Iran‘s capitulation to US demands.

As laid out by Pompeo last year, these include Tehran ending uranium enrichment, a process that can produce fissile material for atomic bombs; giving UN nuclear inspectors total access to sites throughout the country; releasing US citizens held in Iran and withdrawing Iranian forces from Syria.

The former officials, who spoke on condition of anonymity, said a decision not to sanction Zarif could be a hint Washington wants to preserve the option of diplomacy even if it appears unlikely for now.

Trump administration officials seem particularly hostile to Zarif, possibly because of his use of Twitter to taunt them as a “B-team” of second-raters who “despise diplomacy, and thirst for war.”

If Washington wanted to get into a negotiation with Tehran, it could send other conciliatory signals.

One would be to allow a quiet stabilization of Iran‘s oil exports, which stood at 2.5 million barrels per day (bpd) before Trump abandoned the deal and have since fallen to about 300,000 bpd since Trump’s May decision to try to drive them to zero.

Rather than renew sanctions waivers to allow nations such as China and India to keep buying Iran‘s oil, Washington could just turn a blind eye to continued purchases, the former US officials said.

That seems unlikely after British Royal Marines seized the Grace 1 supertanker off the coast of Gibraltar last week amid accusations that it had broken sanctions by carrying Iranian oil to Syria.

Another possible hint would be for the Trump administration to renew waivers — which expire in early August — that allow China, Russia and European nations to pursue nuclear nonproliferation projects with Iran. 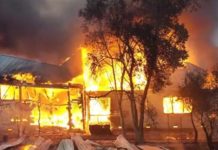