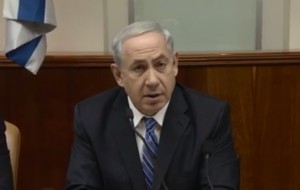 >>Follow Matzav On Whatsapp!<<
Shas and United Torah Judaism warned Israeli Prime Minister Bibi Netanyahu yesterday that if the government’s decision to freeze the Kosel plan is rescinded, the chareidi parties will leave the coalition, Kol Haolam reports.
“If [Reform] would run candidates in the elections,” said Yaakov Litzman, UTJ’s head, “I am certain they would not get a thousand votes.”
Meanwhile, Netanyahu told visiting AIPAC officials at a closed door meeting last night that he faced a choice of either ending plans for a mixed area at the Kosel or losing his government. A high-level delegation from the American Israel Public Affairs Committee flew in for the day to discuss their concerns with Netanyahu and what they are hearing from their constituents.
{Matzav.com Israel News}