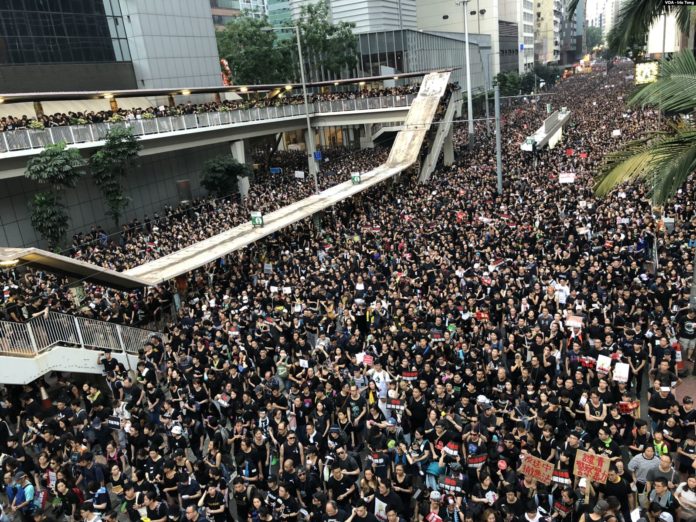 More than 100,00 protesters demanding the resignation of Belarus’ authoritarian president rallied Sunday in a vast square in the capital, keeping up the massive outburst of dissent that has shaken the country since a disputed presidential election two weeks ago.

Sunday’s demonstration overflowed Minsk’s sprawling 7-hectare (17-acre) Independence Square. There were no official figures on crowd size, but it appeared to be 150,000 people or more.

Dozens of police prisoner transport vehicles were parked on the fringes, but police made no immediate efforts to break up the gathering. Earlier this month, some 7,000 people were arrested, many of them beaten with clubs or wounded by rubber bullets, in the protests after the Aug. 9 election that officials say handed President Alexander Lukashenko a sixth term in office.

Protesters say the official election results, in which Lukashenko reportedly received 80% of the vote, are fraudulent.