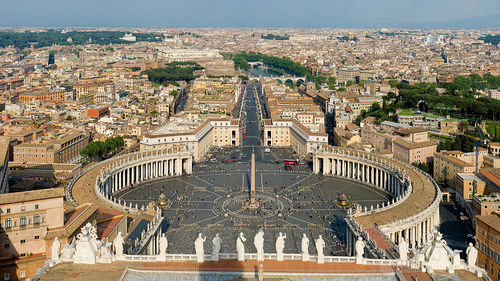 A Vatican official issued a call on Monday to convert all non-Christians, other than Jews, the Catholic Herald reported.

Cardinal Kurt Koch, the head of the Church’s Pontifical Council for Promoting Christian Unity, made this statement during an interfaith meeting of senior Catholic and Jewish leaders held by Cambridge University’s Woolf Institute.

Koch — who served as the Bishop of Basel in Switzerland before being appointed to serve in the Vatican in Rome — said Jews are excluded from conversion because Christianity was born from Judaism. Despite religious differences, Koch said Christianity and Judaism share a special bond and urged Christians to view Judaism as a “mother.”

“It is very clear that we can speak about three Abrahamic religions but we cannot deny that the view of Abraham in Jewish and the Christian tradition and the Islamic tradition is not the same,” he said. “In this sense we have only with Jewish people this unique relationship that we do not have with Islam.”

Koch’s comments against converting Jews echo previous calls made by the Vatican on this issue. In December, in a landmark document, the Vatican announced Catholics must stop missionizing Jews and should work alongside them to combat antisemitism.

The document — published by the Vatican’s Commission for Religious Relations with Jews — stated that God never annulled his covenant with the Jewish people and “the Church is therefore obligated to view evangelization to Jews, who believe in one God, in a different manner from that to people of other religions and world views.” The Vatican’s historic shift in policy came around the same time as the 50th anniversary of the Nostra Aetate, a historic document that absolved Jews collectively for the death of Jesus and began a major theological shift within the Church.