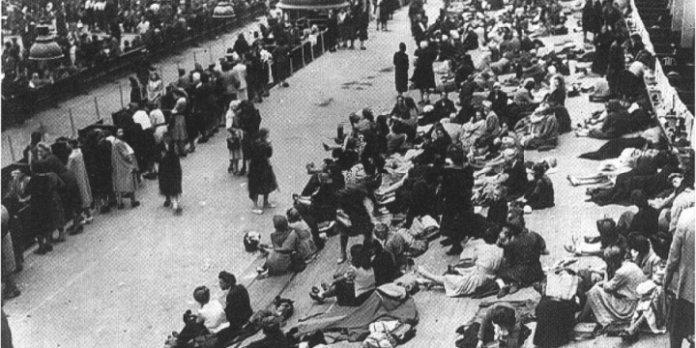 French political leaders, Holocaust memorials and museums and Jewish organizations marked on Thursday the anniversary of the 1942 Vel D’Hiv roundup, in which over 13,000 Jews were arrested in Paris by French authorities and deported to Nazi death camps.

According to Yad Vashem, 4,500 French policemen took part in the operation, imprisoning some 13,000 Jews — including 4,000 children — in the Velodrome d’Hiver stadium in crowded and unsanitary conditions. They were then taken to concentration camps near Paris.

For decades, the French government and much of the public blamed the roundup on the Germans and denied any responsibility. In 1995, however, French President Jacques Chirac publicly apologized for the roundup, and in 2017 current President Emmanuel Macron admitted French responsibility for it.

To commemorate the anniversary on Thursday, Macron tweeted, “On July 16 and 17, 1942, over thirteen thousand Jews were arrested. By French people, by the French State. Because they were Jews.”

“Over eight thousand were detained at Vel d’Hiv before being deported to Auschwitz,” he noted. “Never forget.”

The UK Holocaust Museum tweeted some of the facts about the roundup, noting, “Many ordinary citizens openly welcomed the persecution, with some people clapping as the raids took place, as well as some looting of the newly empty homes.”

“The Jewish people were interned at the velodrome for 5 days under appalling conditions,” it added. “There were no toilets or washing facilities. The roof was shut and the heat was oppressive. Some people were driven to take their own lives and many were shot by those guarding them.”