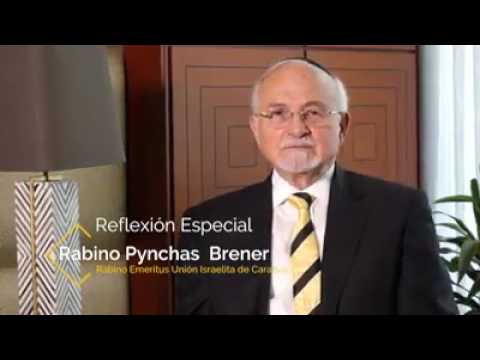 Venezuelan opposition leader Juan Guaidó has announced the appointment of a former chief rabbi as his envoy to the State of Israel, more than ten years after the regime of the late President Hugo Chávez severed diplomatic relations with the Jewish state.

Guaidó — the head of Venezuela’s democratically-elected National Assembly that was dissolved by the authoritarian regime of President Nicolás Maduro in 2017 — declared himself interim president last Jan., winning recognition as the country’s legitimate leader from the US, the European Union, most Latin American countries and several nations around the world, including Israel. Speaking at a session of the National Assembly in Caracas on Tuesday, Guaidó confirmed that he was appointing Rabbi Pynchas Brener, a former Ashkenazi chief rabbi of Venezuela, as his diplomatic representative in Israel.

According to the Israel-based Spanish-language weekly Aurora, Guaidó indicated that Brener had already accepted the appointment, which will make him the first Venezuelan representative in Israel after a decade of broken diplomatic relations between the two nations. Maduro’s predecessor, the late Hugo Chávez, expelled Israel’s Ambassador to Caracas in Jan. 2009, during the war in Gaza between Israel and Hamas, accusing the Jewish state of carrying out a “holocaust” against the Palestinians.

In an extensive interview published in May, the Polish-born Brener, who became Venezuela’s chief rabbi in 1967, reflected on the trials facing Venezuela’s Jewish community over the last two decades. From a height of 25,000 members before Chávez came to power, the community’s number has been depleted by emigration to just over 6,000.

“Before Chávez, every president of Venezuela visited my home on one occasion or another, and also visited my synagogue,” Brener said. “Under Chávez, things began to change as the government began to make alliances with states such as Iran and related non-state actors such as Hezbollah, which historically have been hostile to Israel and Judaism, and because of these relationships the government under Chávez became more rhetorically hostile to us.”

Continued Brener: “This increasingly hostile environment is one of the primary reasons, in addition to Venezuela’s general collapse under Chavismo, that the Jews of Venezuela have emigrated in large numbers to neighboring Latin American countries or to the United States, as I have done. This emigration began five years or so after Chávez came to power.”

In contrast, several representatives of the Venezuelan opposition have spoken out in favor of re-establishing diplomatic relations between Israel and Venezuela, Aurora reported. The magazine pointed out that in May, images of Venezuelan opposition congressman Franco Casella holding a Venezuelan flag at the Western Wall in Jerusalem were widely shared on social media platform Instagram.

Casella, a member of a delegation of opposition lawmakers sent to Israel by Guaidó , said he wanted to “apologize for the curses unjustly issued by the former head of state and dictator” — a reference to Chávez.

Other well-known Venezuelan opposition figures who have expressed the desire for closer ties with Israel include Congresswoman Maria Corina Machado — a former presidential candidate who was a regular thorn in the side of Chávez. Machado has stressed that Israel can be a “genuine partner” in the reconstruction of Venezuela, adding that she hopes to visit the country “as soon as we win our freedom,” Aurora reported.

Meanwhile, Maduro’s regime is now claiming that Israel is actively engaged in securing its removal from power. At the end of June, Communications Minister Jorge Rodriguez laid out an elaborate conspiracy theory, denouncing the alleged involvement of “Israeli agents” in an alleged plan to overthrow and assassinate Maduro.

The core element of the plan, Rodriguez said, involved “one hundred Israeli troops who would be in charge of assassinating President Maduro, the first lady, Cilia Flores and the president of the National Constituent Assembly, Diosdado Cabello.”