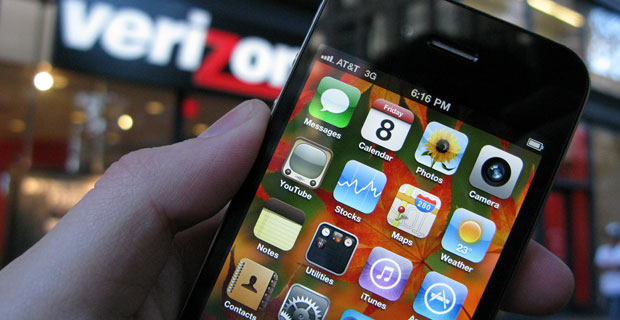 Verizon and AT&T will no longer share its customers’ location information with a number of third-party companies who failed to handle the data appropriately, the companies said Tuesday.

The move to cut off access comes after an investigation by Sen. Ron Wyden, D-Ore., into the commercial relationships between Verizon; a pair of obscure data vendors known as LocationSmart and Zumigo; and those companies’ own corporate customers.

To gain access to the data, prison officers simply visited an online portal and uploaded an “official document” showing they had permission to access the information. But, Wyden told the FCC, senior Securus officials admitted that the company did not review the requests for information or require that supporting documents reflect the decision of a judge or other legal authority.

Securus didn’t immediately respond to a request for comment.

In the wake of questions from Wyden’s staff, Verizon filed a letter Tuesday saying that it is suspending its data-sharing agreement with LocationSmart and Zumigo until further notice. It will also refrain from signing new data-sharing contracts with third parties.

The decision brings telecom companies further into the debate over data privacy, which has intensified in recent months amid heightened scrutiny of data practices at Facebook, as well as the rise of a new European data protection law. Meanwhile, AT&T last week closed a landmark merger involving Time Warner, one that AT&T said will help turn it into a major player in customer data mining.

“Verizon did the responsible thing,” Wyden said Tuesday in a statement. “In contrast, AT&T, T-Mobile, and Sprint seem content to continuing to sell their customers’ private information to these shady middle men, Americans’ privacy be damned.”

AT&T then said in a statement Tuesday that it will also be ending its relationship with data aggregators “as soon as practical” while ensuring that location-based services that depend on data sharing, such as emergency roadside assistance, can continue to function. Sprint said in a statement that it cut ties with LocationSmart on May 25.

A spokesman for T-Mobile didn’t immediately respond to a request for comment.

Verizon’s letter also said that in addition to obtaining its own customers’ consent before collecting the data, the company also looks at the third-party customers of its data vendors to be sure they have not violated consumer privacy or protection rules.

When Verizon learned of the Securus issue, it took “immediate steps” to stop the misuse of data, the company said in a statement Tuesday.

Verizon’s decision does not mean that the company will suspend all uses of customer data. Verizon will continue to use customer data more generally for advertising purposes, said Rich Young, a company spokesman, but only after its customers opt into data sharing. In 2017, Verizon completed a deal to buy Yahoo for its digital audience, content and advertising opportunities. In 2015, it purchased AOL for its video advertising technology.

New privacy regulations from the FCC enacted in 2016 would have imposed greater restrictions on Internet providers and their handling of customer data. Those regulations were repealed early last year with a congressional resolution. Since then, the broadband industry has benefited from a wave of federal deregulation, including a decision by the FCC to repeal its net neutrality rules.