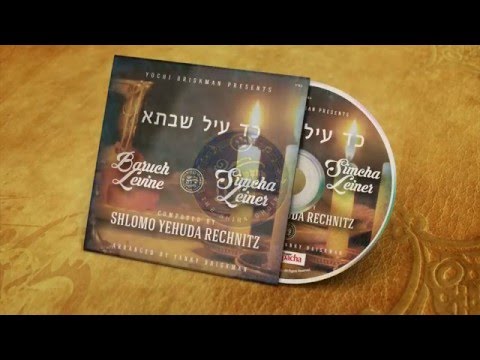 In the last few weeks, I have been repeatedly asked by our many mosdos, publications, news media and the like to expound upon the life of my dear shver, Harav Hagaon Rav Chaim Yisroel Belsky zt”l. In addition to the tens of thousands of people who felt drawn to attend his levayah, the many articles, speeches and hespedim were a beautiful and befitting kavod acharon for him; and I can’t thank each and every one of them- all of you- enough for the kind words, support and chizuk you gave our family.

Anything I can possibly express would fall into the category of “Kol hamosif gore’ia – One who adds, actually subtracts”. To know him was to see him in action. Those who fully understood him were few. I give shevach v’hodaah to the Ribbono Shel Olam for the opportunity to have personally witnessed over the past 22 years his ahavas Torah and his unfailing love for every Yid. Although he was very close with Rav Moshe Feinstein, his rebbi muvhak was Rav Yaakov Kamenetzky – known as the consummate ish emes. My shver learned from him and practiced this middah all of his life.

A whole week, my shver looked forward to Shabbos. He was uniquely able to appreciate the mystique of the secret present Hashem gave us, from His Divine treasury. His face would glow as he ushered in Shabbos, a glow reflective of his neshamah yeseirah. He felt himself not only a keeper of the Shabbos but also its protector. It was important for him to stand up for and defend Shabbos. When it came to its halachos and their particulars, he was very machmir; my dear shver was the guardian of Shabbos.

Several years ago, a new eiruv was erected in a certain area and there were differing halachic opinions as to its validity. I called my shver to ask him if it was permissible for me to use it over Shabbos.

My shver, who had taken the various shittos of the poskim into account and believed the eiruv to be invalid, characteristically did not criticize the opposing opinion. Rather, he simply asked, “Shlomo Yehuda, the Eibishter gives us one time a year to plead with him and do teshuva by blowing the shofar. We only have one opportunity to perform this most important and dear mitzvah. However, should the first day of Rosh Hashanah fall out on Shabbos, Chazal made a gezeirah not to blow shofar. Why? Because Chazal were concerned with the mere possibility that someone might carry the shofar to shul, and as every child in kindergarten knows, it’s forbidden to carry on Shabbos”.

My shver concluded, “Now, if Chazal forfeited the glorious Mitzvah of shofar because of the mere possibility of someone carrying on Shabbos, why would you want to take a chance on an eiruv that some poskim disallow?”

My shver was niftar just a few weeks after he was diagnosed with a serious illness. When he received the diagnosis, I immediately flew to New York to be with him. Knowing that my shver appreciated niggun, I came bearing a song about Shabbos that I’d had the siyyata d’Shmaya to compose on the plane ride in.

The words are from the paragraph of “Raza D’shabbos – the secret of Shabbos,” in the piyut K’gavna, taken from the Zohar. Those of us who daven nusach Sefard recite it each week after Kabbalas Shabbos. Whether or not it’s our minhag to say it, the compelling picture it paints is relevant. In the middle of this mystical tefilla, are the following words:

How many of us truly realize the power and potency of Shabbos?

As some of you may know, my shver was niftar exactly four years to the day from when he was rushed to the hospital in cardiac arrest, on the 19th of Shvat. The Eibeshter gave him a gift of four more years, 208 more Shabbosim. The word raza, secret, is also gematria of 208! I truly believe that “raza d’Shabbos”, the secret reason that he was gifted an extra 208 Shabbosim, was because of the unwavering respect he always had for Shabbos.