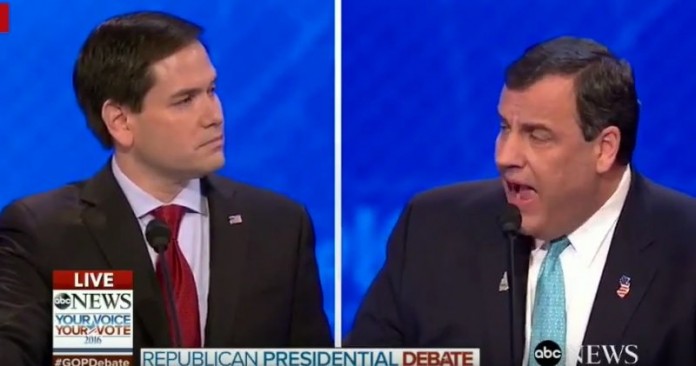 Marco used the same rehearsed line about 5 times at debate.

Even after Governor Christie called him out on it he couldn’t stop repeating it.