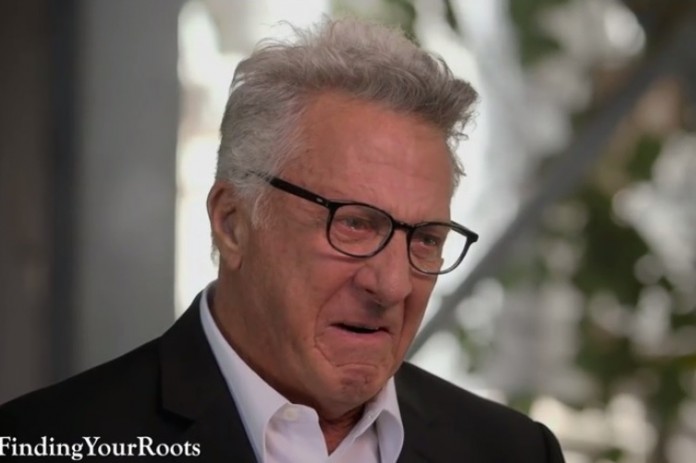 Dustin Hoffman was reduced to tears on Tuesday after learning that his great-grandmother had escaped a Soviet concentration camp before starting a life for herself in America.

Hoffman, who is a Jewish actor, found out about his great-grandmother, Libba, on Finding Your Roots, a PBS program in which famous people scour ancestral records to learn about their family’s history. The show revealed that Libba had been taken from her home in Ukraine to a Russian camp when the Bolsheviks targeted Jews after the outbreak of the Russian civil war in 1917. She was 53 when she entered the camp, where she remained for five years. Both her husband and son were killed by the Soviet state security force, the Cheka.

Along with many other Jews fleeing Eastern Europe, she made her way to Argentina, and ultimately to America.

Looking at his great-grandmother’s medical records from Ellis Island, Hoffman, 78, discovered that Libba had entered the US in 1930 at age 62. The records show that her left arm had been amputated, she suffered from poor vision and was described as senile. Libba settled with family in Chicago, where she remained until she died in 1944 at the age of 76.

“She was a hero,” Hoffman said of his great-grandmother, as tears streamed down his face. “People ask me today: ‘What are you?’ I say, ‘I’m a Jew…’ I’m a Jew. They all survived for me to be here.”

Watch a segment of the episode below: