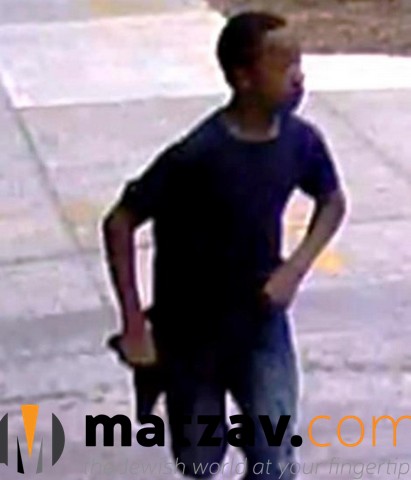 A frum woman and her six-year old child were the targets of a stone-throwing attack in Flatbush, Brooklyn, yesterday afternoon.

The shocking incident took place on Nostrand Avenue, near the corner of Avenue J.

At about 5 p.m., two African-American teenagers hurled the rocks at the Chrysler minivan being driven by the woman.

Her child was seated in the back seat.

The two thugs reportedly yelled anti-Semitic insults as they carried out their attack, throwing stones at the back driver’s side window, which shattered.

Boruch Hashem, neither the woman or her daughter were injured.

Because of the anti-Semitic remarks made by the assailants, the NYPD is investigating the attack as a hate crime.

One of the suspects – caught on video surveillance, which can be seen below – is described a 14-year-old teen, 5’6″, 130 pounds, with black hair. He was last seen wearing a black t-shirt, blue jeans, and black sneakers.