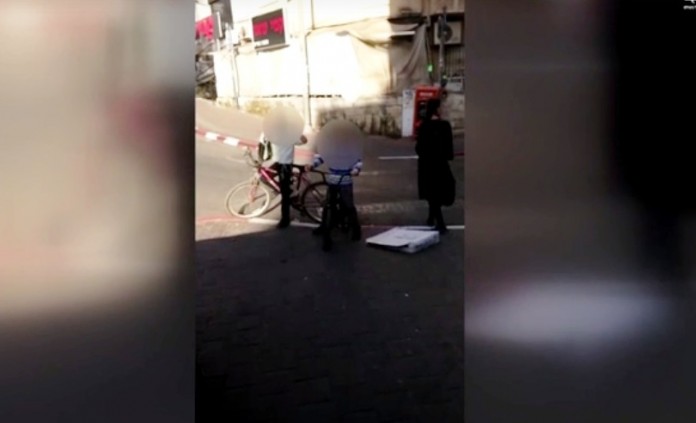 Unfortunately, there are Israeli children – hopefully a rare breed – who curse at chareidi soldiers in Israel. There are some who cross red lines.

This is what happened when two children shouted “Chardak” at an Israeli soldier who had his little daughter by his side.

In a clip of the incident, one can hear the little girl, standing next to her father, reply softly, “He’s not a chardak. He’s my father!”