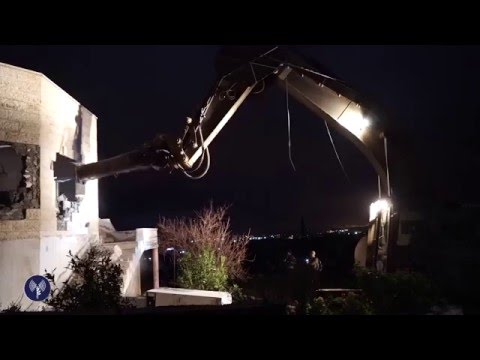 The IDF engaged in overnight demolitions west of Chevron, targeted the homes of two terrorists behind the November 19th knife and car-ramming attacks in Tel Aviv and at the Gush Etzion Junction, Arutz Sheva reports.

Mohammed al-Harub opened fire at the junction, then rammed his car into a group of pedestrians. Two Israelis and one Palestinian bystander were killed. The same day, Raid Masalmeh stabbed two Israelis to death outside a shul in a Tel Aviv office block.

Harub’s home in Dayr Samet and Masalmeh’s home in Dura were demolished.