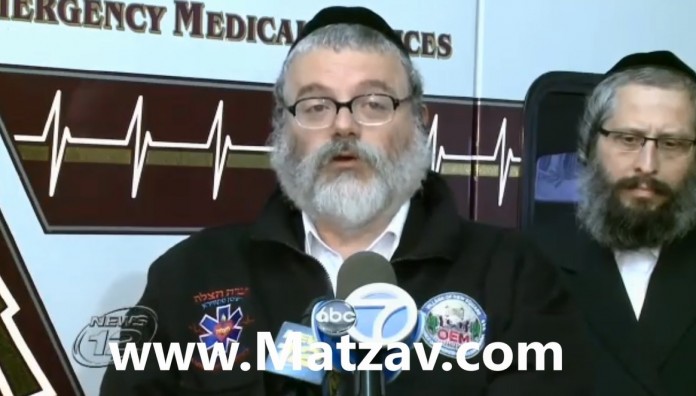 Heshy Gottdiener had been on the Hudson River for about four hours Tuesday, just about a half-mile south of the George Washington Bridge, when he saw something drop from the span a little before 5 p.m., NORTH JERSEY reports.

Gott­dien­er still couldn’t tell if the object that plunged into the frigid water was debris or something more horrific.

It was only when he saw the splashing, that Gottdiener realized a person had jumped — and survived. Screaming, he thrust a pair of binoculars into the hands of a companion while another person, Joseph Margaretten, dialed 911.

In a bizarre twist of fate, Gott­dien­er, a 36-year-old father of seven, was helping volunteers from Shikun Skver search for the body of David Ahronowitz.

Gottdiener explained that the Skverer community had hired two boats and a pair of divers to search for Ahronowitz’s body. “We know a person has to be buried in order that the soul should rest in peace,” he said.

Fortunately for the latest person to jump from the bridge, this group of Yidden and their helpers were about to perform a rare rescue.

Read more about the rescue here or watch the video below: