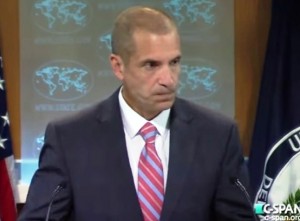 WATCH AND BE DISTURBED: