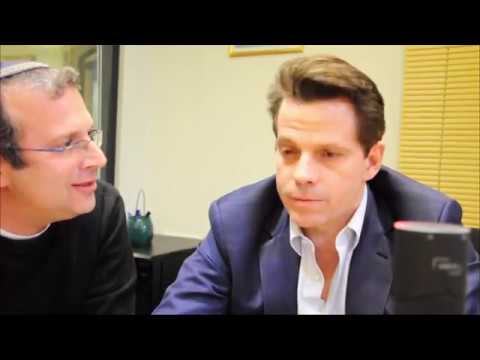 Wall Street mogul Anthony Scaramucci, a close confidante of President Donald Trump and his top aides, spent four days in Israel learning about the country’s history, security realities and many lucrative business opportunities. The tour was hosted by the Orthodox Jewish Chamber of Commerce, which launched its Israel branch at a VIP dinner at the King David Hotel, with the participation of prominent government ministers, MKs, and business leaders.

Duvi Honig, Founder and CEO of the Chamber, and Dr. Joseph Frager, Executive VP, also led Mr. Scaramucci on an emotional tour of Yad Vashem; and visited key sites in Yerushalayim, Chevron, Sderot and the Gaza border. The delegation also held various meetings with leading Israeli business figures and toured the Achva halva factory in Ariel, where the Israeli and Palestinian workers’ jobs are threatened by the BDS movement.

The tour was widely publicized throughout the international mainstream media. As the mission wrapped up, President Trump told members of the delegation that he closely followed the trip and was impressed by all that was accomplished.